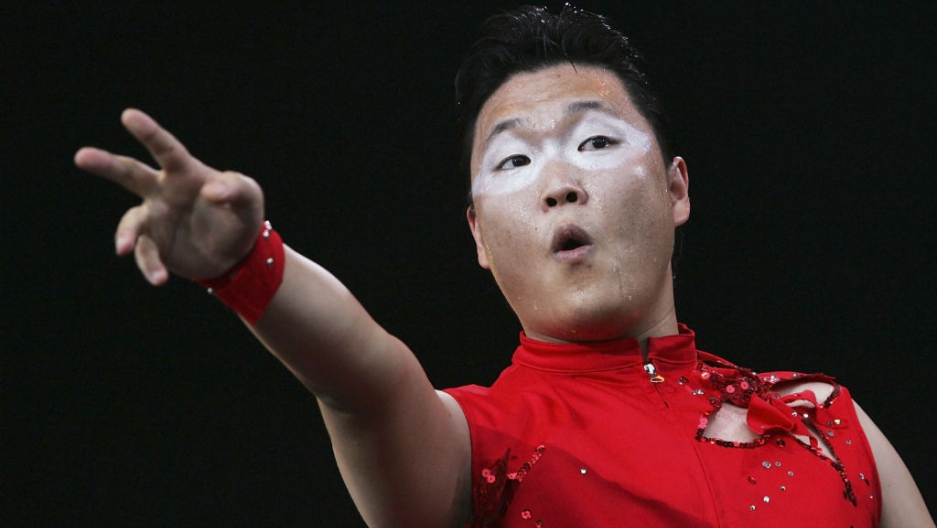 Bored at work? In 2012, you had memes to comfort you through those dreary 4:00 p.m. doldrums. Wanted to savagely mock the candidate of your choice? Quick, create a meme, preferably involving hasty Photoshop and Big Bird. Got those "It's July and I'm wasting my life" blues? Make a parody video involving Carly Rae Jepsen tunes and adorable animals.

This is the year that was: 2012 was truly the Year of the Meme. May 2013 bring us as much fleeting, somewhat embarrassingly ephemeral pleasure.

Here's a scrupulously researched and highly scientific list of the stand-out specimens.

Kony 2012 was essentially a meteor of high Internet drama, fueling college protests, savage snark from international development pundits, and the eventual highly-public (and very naked) break down of its founder. I anticipate the movie soon, or at least the HBO made-for TV drama.

So what was Kony 2012 all about? If I am to assume you've been living under a rock since January: Joseph Kony is a Northern Ugandan warlord known for using and abusing child soldiers in the service of his Lord's Resistance Army, which claims to desire a Christian regime.

Kony 2012 founder Jason Russell produced an admittedly impressive video detailing Kony's nastiness, which became extremely popular online, especially among the young, garnering over 100 million views. His organization, Invisible Children, produced a good-looking website, used all the right social media tools, and put out a lot of clever-looking t-shirts. And then — came the backlash.

Why a backlash against what appeared at first blush to be a very good cause? Those opposed cited the video as a classic case of what Teju Cole dubbed the "White Savior Industrial Complex," whereupon wealthy Westerners swoop in to save a small subset of beleaguered Africans. Others thought the video, centered on a relatively unimportant figure, was just bad aid, providing little in the way of concrete remedies for Kony's indisputable evil while garnering a lot of funds for the organization itself. Many were just plain annoyed by the prospect of yet more college students convinced they could Stop Kony or Free Tibet by way of attractive, over-priced rubber wristbands. The voices of Africans themselves — many of whom had valid critiques of the project — were somewhat absent in the whole debacle.

Jason Russell did not exactly take the criticism well. At all. In fact, in April of this year, he was found wandering around his San Diego neighborhood naked, screaming, and in what appeared to be a state of advanced delirium. He was booked by the police, and quickly took to the media to make his bashful amends — but the surreal tableaux quite likely overshadowed his campaign itself, which has faded into the background ever since.

What good did come of Kony 2012? Although Kony himself is still presumably wandering around Africa being incredibly awful (despite the protests of college kids with angry stickers), we did have a meaningful and extended international debate about what good aid actually is.

2. Binders Full of Women, or, So This is How America Does Elections Now, I Guess

Election years are rife with hilarious memes, and 2012 — unsurprisingly — broke all the standing records. Malarkey. Binders Full of Women. Big Bird. Mitt Romney with a Comically Tiny Face. It's almost impossible to handle.

Mitt Romney, bless him, proved to be a remarkably fertile source of Internets humor, from his commentary on Binders Full of Women — sparking an amusing Tumblr blog — to his egregious condemnation of Big Bird. (How dare he??) Did Obama manage to win the election because he presented somewhat less fertile ground for hilarious memes than his competitor? You've got to wonder.

Some jokes were more bipartisan, such as the rather creepy Photoshop joke whereupon the two candidates had their hair swapped. Just plain wrong. And then there was the famous, if short-lived, Texts from Hillary, whereupon a very jaded looking Clinton lays the smack-down on various world leaders by way of SMS. It began as a joke — and then Hillary herself got in on the action. What a good sport.

Of course, Joe Biden managed to hold up his end of things for the Democratic side. Mostly by way of malarkey — which, the day of the vice Presidential debate, briefly became Merriam-Webster's most-searched word. After the election, Joe Biden's giddy Costco-shopping spree cemented his place in the starry firmament of amusing public figures. Man's gotta have his pallet (or two) of beef jerky.

Cats rule the Internet, and Grumpy Cat — a late entry into the field — may have won the feline fame-game for this year. This remarkably sore-looking beast catapulted to Internet stardom soon after her owner posted a picture on September 22, 2012, and she has swiftly begun a successful siege on the Internet.

Pehaps she was timely, debuting during a year in which there was so very much to disapprove of.

Grumpy Cat, otherwise known as Tard, quickly gained a website, merchandise, and a Tumblr blog after her owners realized they had a nascent celebrity on their hands. No Photoshop involved here (mostly) — Grumpy Cat's comically misanthropic face is all natural — and no, her owners don't know how she got that way, and there aren't going to be any Grumpy Kittens for public consumption, either, so please stop writing. Nature is such a beautiful, beautiful thing sometimes.

A website devoted to pets soon produced a version of Call Me Maybe featuring a corgi, because everything is rendered more pleasing with the addition of a sawed-off orange dog. Scientific fact. Watch it below.

5. Henri, Le Chat Noir, Fills Us All With Unspeakable Horror and Ennui

You may recall what I just said about cats. Henri, Le Chat Noir, is a fluffy black and white cat undergoing the darkest and deepest of existential torment, and he'd like the Internet to know about it, to feel his ennui. You may view his debut video below — and wonderfully enough, there's more to come.

Do I even have to describe this to you? Gangnam Style began as an amusement among the Reddit-using Internet set, slowly began to pervade the public consciousness, and has now unseated Justin Bieber as the most-viewed video on Youtube. Even Ban Ki-moon is a fan: He considers Psy something of an ambassador for South Korean culture. (Psy's anti-American rapping past appears to have damaged his reputation in the US not an iota, after he made an apology).

Cambodian land-rights crusaders on Monday performed a mass Gangnam Style dance across the National Assembly, protesting against unfair evictions — could Gangnam Style become a tool in the arsenal of international rights crusaders? Some signals point to "yes": even famous Chinese artist Ai Wei Wei did the dance, in hand-cuffs, no less, which was later backed up by fellow artist Anish Kapoor.

Call it a case of crossover: Psy's rise to cultural power is just another indication that we should likely welcome K-Pop stars as our new overlords — heck, most of mainland Asia has already caved. Hey, pass the hair gel, my bangs aren't quite spiky enough.

The sexiest man in the world has truly made his mark on the Internet ever since he came to power in January, immediately after the death of his equally Internet infamous father. He's been used to juke Time Magazine influence stats at the behest of infamous image board 4chan, photoshopped onto satellites after his comments about how awesome they are, and portrayed Looking at Things, following in his father's footsteps. He also appears to be among the hungrier of Communist despots — sort of irrelevant what exactly it is that he plans on consuming.

The Dear Leader is merely 29, and we can only hope that we have many more fruitful decades to come of jokes at his expense. Well, if only he'd stop launching rockets in the face of international condemnation, we might start feeling nicer then.