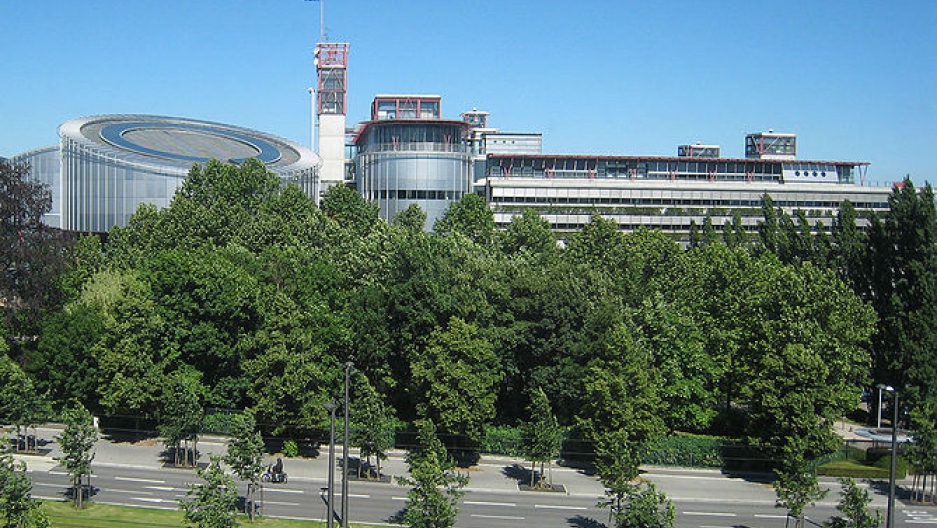 The European Court of Human Rights, pictured, ruled that Khaled el-Masri was mistaken for a terrorist and abducted by officials acting on behalf of the U.S. government. (Photo by Sfisek via Wikimedia Commons.)

Khaled el-Masri, a German citizen mistaken for a terrorist, was abducted nine years ago and tortured at the behest of the United States government, a court recently determined.

This week, el-Masri was vindicated in a ruling by the European Court of Human Rights. The United States has never commented on the case

"In 2005 there was a clear opportunity to do so when then Secretary of State Condoleezza Rice was meeting with Angela Merkel the Chancellor of Germany," said Jim Goldston, a lawyer for el-Masri and executive director of the Open Society Institute. "At the conclusion of their meeting they came out together and had a live press conference which chancellor Merkel at that time said that she was grateful that the secretary had now acknowledged that an error had been made in the case of Mr. el-Masri."

But, Goldston said, Secretary Rice declined to comment and the U.S. government denied they had any role in the matter.

The case before the European Court of Human Rights addressed Macedonia's role in what happened to el-Masri.

"The court made findings of fact and made legal rulings that Macedonia breached the European convention of human rights, which protects things like the right to life, the right not to be tortured," he said. "The very significant thing, as well, was that the court specifically found facts with respect to what the CIA agents did at the airport in Skopje, Macedonia in January of 2004."

The Boston Globe says Masri was pulled off a bus at the Macedonia border on New Year's Eve in 2003 after guards confused him with an al-Qaida operative with a similar name.

Goldston said he was then subjected to the practice known as extraordinary rendition — transfer from one jurisdiction or state to another without legal process, especially for purposes of detention and interrogation.

The European court ruled that Macedonia breached el-Masri's rights not to be tortured, arrested arbitrarily — and failed to investigate what happened to him, Goldston said. The court ordered Macedonia to provide monetary compensation to el-Masri.

In a report, Boston Globe says el-Masri was handed over to a CIA rendition team at the airport and was "severely beaten, sodomized, shackled and hooded."

Then, Goldston says, el-Masri was put on a plane to Kabul, Afghanistan.

"All this was done to cause severe pain or suffering in order to inflict punishment or intimidate Mr. el-Masri. The treatment as a whole amounted to torture in breach of Article III of the European convention," he said.

Much of the case was built on el-Masri's clear re-telling of his story over nine years, Goldston said. But other evidence came from European authorities and the German Parliament, which conducted extensive investigations and found much of what el-Masri said to be true.

"A final piece of evidence relied upon the affidavits submitted by a witness, who was the Minister of Interior in Macedonia at the time that this operation took place," Goldston said.

Goldston says he hopes the Obama adminstration takes this verdict to heart.

"It offers a new opportunity to move away from the posture that then President-elect Obama offered just before he took office in 2009, when he said he was going to look forwards and not backwards," he said.

But Goldston says the time has come to look at what role the U.S. plays in these kinds of abuses, and, if necessary, undertake criminal investigations.

Goldston says el-Masri isn't doing well and is in a German prison. He says, there have been various psychological tests done that confirm el-Masri has suffered enormous trauma as a result of his rendition and torture.