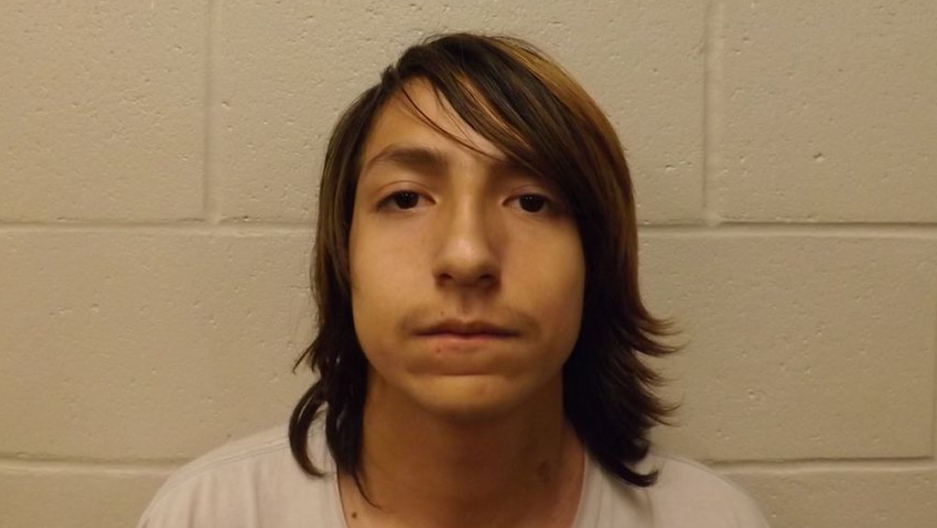 Police arrested an 18-year-old student in Bartlesville, Oklahoma, that they said was planning a Columbine-style school shooting.

Sammie Eaglebear Chavez was reading about Columbine, weapons, how to build pipe bombs on the Internet while also trying to recruit students to help him carry out the attack, police told the Tulsa World.

Police arrested him early Friday morning, just hours before the Sandy Hook shooting in Newtown, Conn., after another student alerted school staff to the plot.

“Sammie tried to recruit other students to assist him with carrying out a plan to lure students into the school auditorium where he planned to begin shooting them after chaining the doors shut,” Lt. Kevin Ickleberry wrote in a court affidavit.

“He also told them that if the students assisting him did not do what they were supposed to do, he would not hesitate to kill them and/or himself.”

Chavez told a teacher he’d just purchased a Colt .45 gun and was practicing how to shoot it, Fox News in Oklahoma reported.

He also was trying to find blueprints to the school, witnesses told police.

“We are extremely pleased that our students were never in harm’s way,” school superintendent Gary Quinn said in a news release.

“I am proud of our administrative personnel who took what started out as an unsubstantiated rumor, and through their diligent work and exhaustive investigation were able to determine there could be a future threat.”