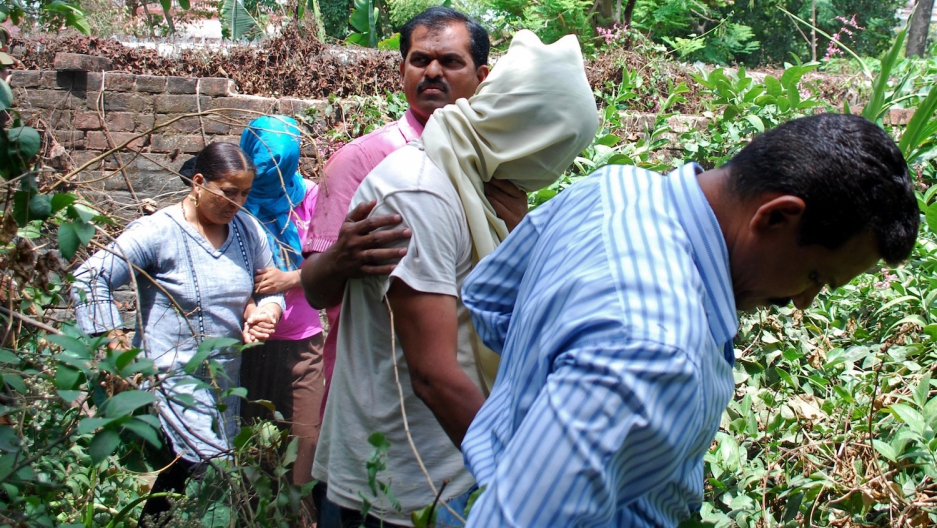 Daylight murders, committed in plain sight of witnesses, reflect a disturbing failure of the rule of law in India.
Credit: STRDEL
Share

Recent daylight murders -- committed in the plain view of witnesses, with no concern about prosecution or guilt about the killing -- reflect a dangerous erosion of the rule of law in India, Lakshmi Chaudhry argues convincingly for FirstPost.in.

Forget data from the National Crime Records Bureau. This isn't about stats. It's about the nature of the crimes being committed. Where once criminals might have picked isolated spots or the dead of night to strike, now they simply don't care -- there's so little fear of prosecution that they'll kill you right under the nose of policemen.

"The most recent [incident] is the shootout in the ICU section of Sunrise hospital in Gurgaon. Armed men walked into the hospital and shot two patients over a property dispute."

"First, they beat up the two men outside a courthouse, then chased them to the hospital, followed them inside, armed with country pistols, and then shot them — in plain view of doctors, nurses and security guards who fled at first sight. The Times of India report also includes this charming fact about the other Gurgaon hospital related to this case: 'Authorities at Paras Hospital said that it was common practice for ‘high profile’ patients to force their way inside a hospital carrying weapons.'"

"The second [recent] case is that of the reporter in Jalandhar who was brutally assaulted by a gang of drunken men for trying to protect a young woman from harassment," says Chaudhry.

In this instance, the journalist succeeded in mobilizing shopkeepers to grab hold of two of the men, but another who escaped returned with some 25 cronies, who allegedly thrashed the reporter for his trouble.

In another incident, Ravinderpal Singh was shot and killed for acting against a local politician who was stalking his daughter.

"Sobbing continuously, the victim said that no one from the public came to help her and her father as Rana continued to shoot and assault them," a local report on the crime reads. "'After he shot at my father with his rifle, my father collapsed. Rana then hit me and I fell on my father. He kept kicking and hitting us in full public glare. I cried and pleaded for help but everyone ran away. Even when the ambulance came, I had to lift my father into it as no one came to help me,' she said."

The reason for this decay in the rule of law is the slow pace of India's courts -- which makes it possible for thugs to go on pillaging for decades while cases against them languish in the system. But the source of the malaise is possibly the growing connection between crime and politics.