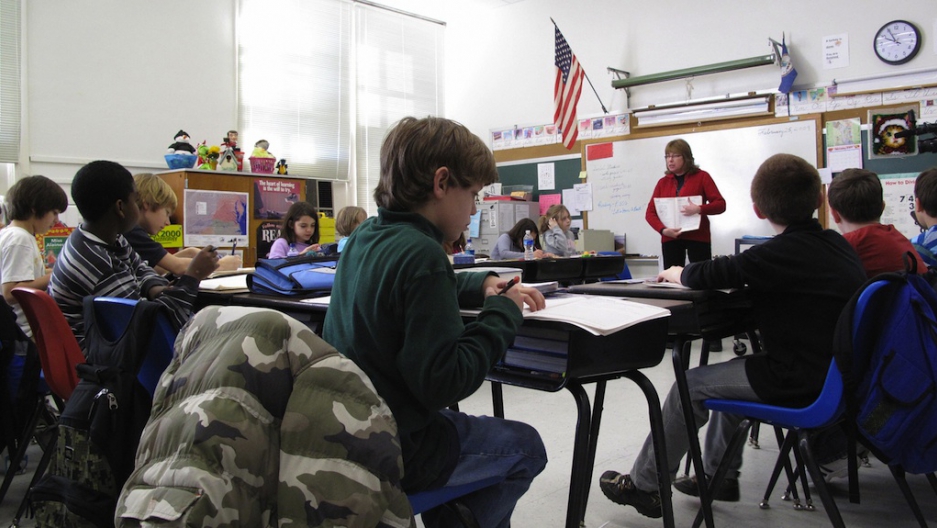 American schoolchildren are lagging behind in maths and science.
Credit: KARIN ZEITVOGEL
Share

American schoolchildren lag behind their peers in several Asian and European countries in math and science, global test results show.

The Wall Street Journal said fourth- and eighth-grade students in Singapore, South Korea, Japan, Finland and other nations beat US students on the 2011 Trends in International Mathematics and Science Study.

While American students have been coasting along since 2007, their counterparts in Asia have been improving in leaps and bounds, Bloomberg reported.

“The dramatically superior achievement of the Asian countries is rather breathtaking,” Ina V. S. Mullis, an education professor at Boston College, which administers the tests, told Bloomberg.

Gerry Wheeler, interim executive director of the National Science Teachers Association, said the results showed US students had “made small strides” but the country “can and must do better.”

“We still have a great deal of work ahead if we want to be number one in the world in science achievement,” Wheeler said in a statement.

Although the average scores among American students were not far off those of the top performers, the New York Times pointed out that the US was left for dust in the proportion of students who scored at the highest levels of the tests.