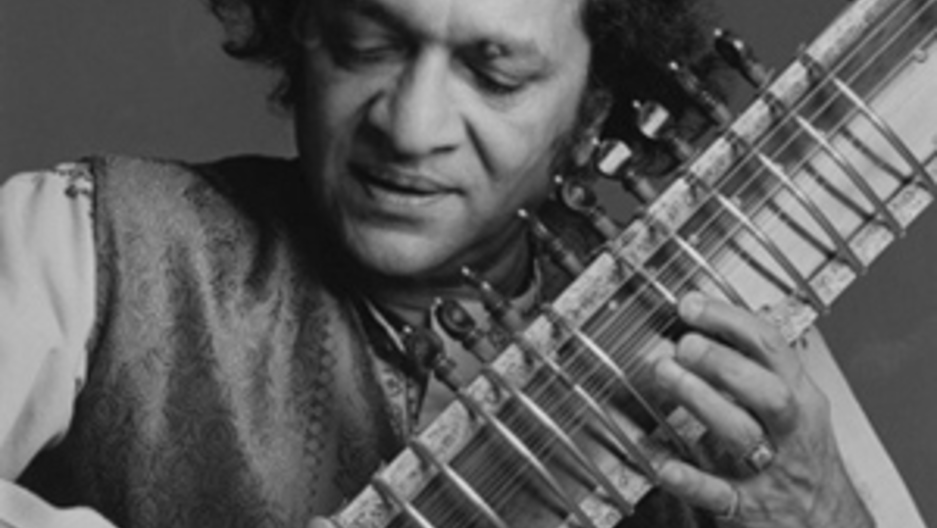 Share
You've been hearing universal praise Wednesday for Ravi Shankar, and it is deeply deserved: His music was so good, he managed to open a door and raise the bar at the same time. But not many people know that when Ravi Shankar began to cross musical boundaries, there was not universal praise, particularly in India. Purists in the classical musical establishment in India were deeply disturbed when Shankar began to work with Western Musicians And the purists were downright horrified when he began to associate with George Harrison and the Beatles. The Fab Four famously visited India in 1968. While the Beatles themselves may have been serious about Indian music and spirituality, the followers in their large entourage were not so culturally sensitive. A lot of Indians were put off. But here's something the purists failed to appreciate, or maybe they didn't care, as Ravi Shankar traveled the world, crossing musical boundaries, lots of other people were crossing boundaries, mixing cultures… along the way, producing a generation of children like myself: an Anglo-Indian-American, and lots of other permutations. For people like me, multicultural, muti-racial, this was our music. And for those of us who grew up away from our ancestral home of India–living with "Imaginary Homelands," to use Salman Rushdie's phrase– Shankar provided an easy bridge back–his explanations of Indian music helped us learn about ourselves. And our generation–Ravi Shankar's godchildren–has produced some remarkable music that speaks our new musical language. Percussionist Trilok Gurtu effortlessly switches back and forth from tablas to a drumkit, making traditional Indian melodies swing. And of course, there's the amazing music produced by Ravi's own very different children, singer Norah Jones and sitarist Anoushka Shankar. Anoushka's last album was a marvelous fusion of Indian Classical music and Spanish Flamenco. It can be an awkward feeling to be of two cultures and neither at the same time. E.M. Forster described an Anglo-Indian character in A Passage to India. In a room full of Indians or a room full of Englishmen, he was okay. But in a mixed environment, he was bewildered–he didn't know whether to act Indian or English. For those of us facing a similar confusion, the kind of music can be empowering: Your ears and your heart tell you there's nothing awkward or impure about this combination. It's beautiful.