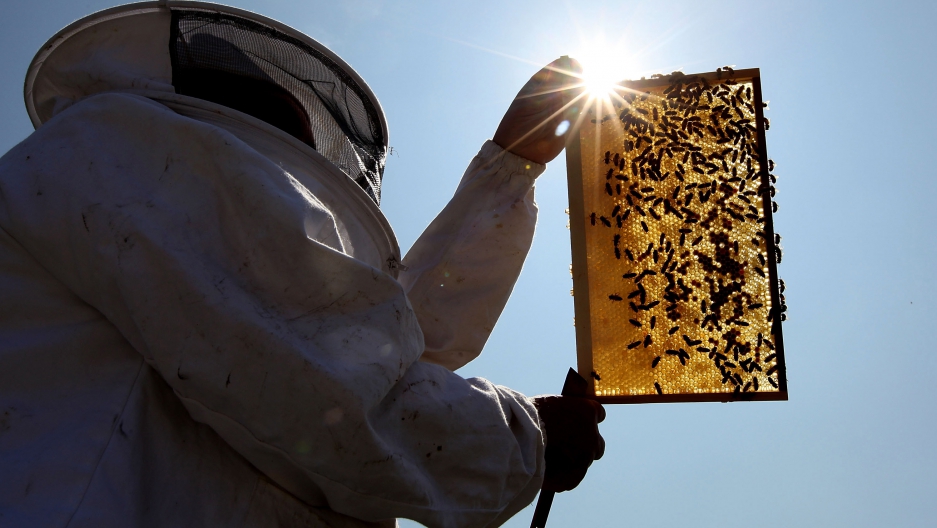 A team of British and Australian researchers have made a breakthrough discovery in honeybee genetics, findings that may help unravel the mystery behind their mass deaths in recent years, according to the UK's University of Sheffield.

The study, available here, has been the first to identify non-DNA caused genetic developments in honey bees, changes caused by epigenetic factors -- that is to say, externally versus internally. In the case of the bees, researchers found special diets determine their "histone code," a special set of proteins that dot cell nuclei, reported BBC News.

This is the first time histone code has been identified in honeybees. It reveals a surprising amount of complexity at work in the little honey-makers, given that the code has previously been found only in humans and other advanced organisms, according to the University of Sheffield.

Study co-author Mark Dickman of the University of Sheffield told BBC researchers examined the "development of different bees from the same DNA" and findings reveal "one of the clearest examples of epigenetics in action - mechanisms that go beyond the basic DNA sequence."

How does this relate to the mass death of honeybees, AKA Colony Collapse Disorder? Well, if honeybees' genetic makeup can be altered by environmental factors like pesticides -- that may go a long way in explaining the problem, researchers say.

"Prime examples are from systemic pesticides used on agricultural crops, which accumulate inside nectar and pollen and therefore enter honey bee diet, in some cases with detrimental effect," said Dr Paul Hurd of Queen Mary’s School of Biological and Chemical Sciences. "By studying the impact of diet and particular chemicals on the histone code during honey bee development and behavior, we may be able to identify how certain pesticides contribute to the decline of some colonies.”

Professor Maleszka of the Australian National University said the study shows that scientists "really need to begin looking beyond classical genetics to understand many of the current problems honey bees face including Colony Collapse Disorder."