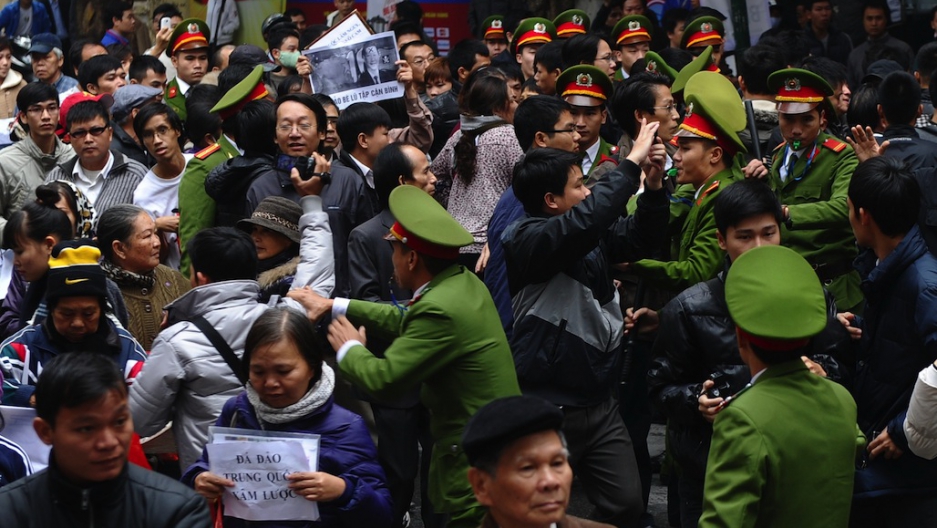 As a rule, taking to the streets with placards, banners and angry rhetoric in Vietnam invites harsh retribution from the authoritarian government.

But rallying against China in Vietnam, where resistance to Chinese aggression is central to the national identity, presents a tricky case for the nation's communist rulers.

Rare protests attended by hundreds sparked off in both Ho Chi Minh City and Hanoi, according to the BBC and other outlets.

Their cause: shouting down China for its perceived aggression in the South China Sea, where China is doing its damndest to assert dominance over waters claimed by Vietnam and the Philippines.

On one hand, the security-obsessed government is deeply uneasy with politically charged street protests. On the other, the powers that be are loathe to come off as bending to China's will -- despite the fact that, like much of Asia and the world, Vietnam is now deeply dependent on Chinese trade.

That's likely the reason that, in lieu of cracking heads, Vietnamese authorities "urged (protesters) to disperse and tried to reassure them that 'the Communist Party and government are resolutely determined to defend our country's sovereignty and territory through peaceful means based on international law,'" according to Al-Jazeera.

Since China's push for total control of the South China Sea isn't about to vanish, I suspect more protests are inevitable. This round saw roughly 20 detainments, the BBC reports, and it's unclear whether those protesters have been released.

This will increasingly force Vietnam's government -- uneasy with both street rage and Chinese dominance -- to walk a tightrope.