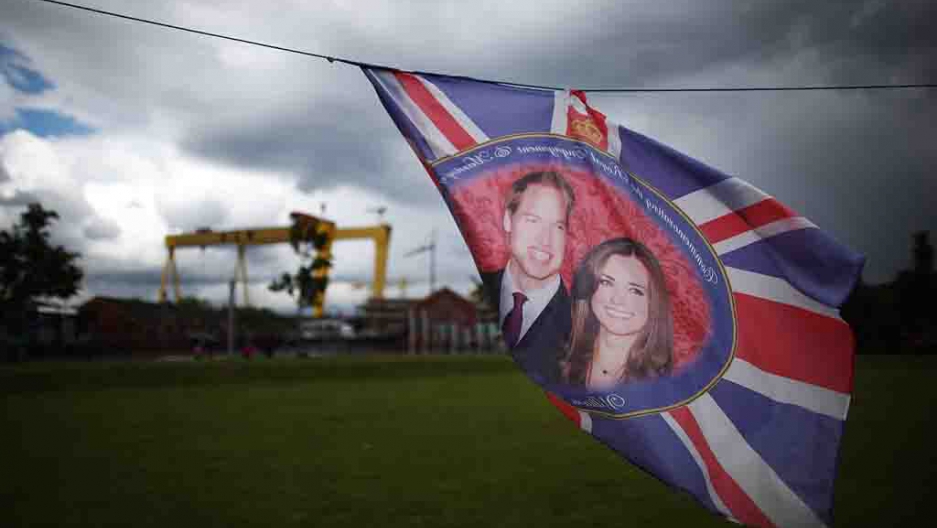 A flag with images of The Duke and Duchess of Cambridge flutters in East Belfast, Northern Ireland.
Credit: Peter Macdiarmid
Share

At least eight police officers were injured in Northern Ireland overnight, the AFP reported. And 15 police officers were injured last Monday. The area has a history of violence; 3,500 people died in three decades of clashes between Northern Irish Protestants who wanted to be part of the British union, against Catholics who wanted an independent, unified Ireland. Bill Clinton helped secure a peace agreement between the two sides in the 1990s.

Now it is Secretary of State Hillary Clinton trying to ease tensions. "It has been a sad reminder unfortunately that despite how hardy the peace has been, there are still those who not only would test it but try to destroy it," she said, NBC reported.