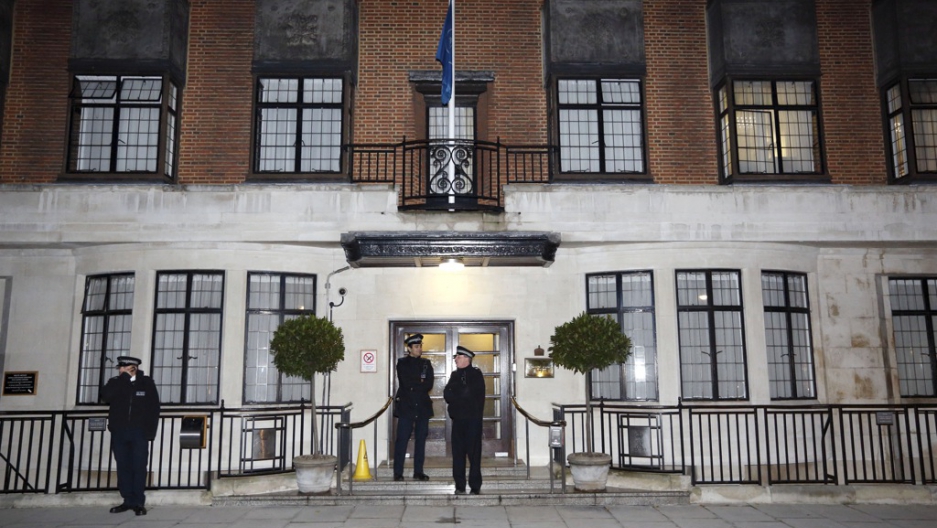 The London hospital treating Kate Middleton for severe morning sickness has apologized after its staff fell for a prank call by an Australian radio station.

They were apparently able to get through to the Duchess of Cambridge's private nurse, who gave them an update on her condition. (She's "quite stable" and "hasn't had any retching" recently, apparently.)

An audio clip posted on the Radio Today website suggests that the prank wasn't hard to pull off. DJ Mel Greig, doing a cartoon impression of Her Majesty, simply asked to "speak to Kate please, my granddaughter," and was immediately told, "Oh yes, just hold on."

Their success seemed to take even the pranksters by surprise. Greig's co-host, Michael Christian, could be heard to say: "If this has worked, it's the easiest prank call we've ever made."

The hoax then got even more ridiculous, with Greig inquiring after Kate's "little tummy bug" and ordering the fake Prince Charles to "walk those bloody corgis."

(Fun fact, courtesy of the Guardian: the Queen herself was once taken in by a prank caller, spending a full 15 minutes on the phone with a Canadian DJ who passed himself off as Canada's then-prime minister.)

The hospital later issued a statement to say that it "deeply regretted" the incident.

"This was a foolish prank call that we all deplore," said chief executive John Lofthouse, adding that the facility was reviewing its telephone protocols.

As the Independent reported, the central London hospital has been besieged by paparazzi ever since the news of Kate's pregnancy broke on Monday.

"Around 100 photographers, television crew members and journalists" from all over the world are camped out, knowing that a shot of Kate, her husband or family will probably sell for thousands of pounds.