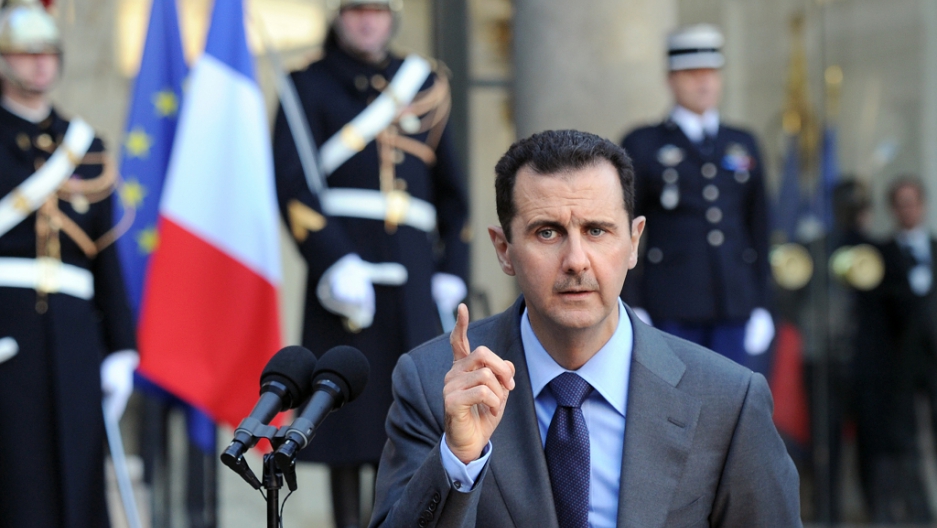 Syrian leader Bashar al-Assad is reportedly looking into political asylum in South America, according to a Ha'aretz report, though Syria's Venezuela ambassador has denied the claims.

According to the Israeli newspaper, Syria's Deputy Foreign Minister Faisal al-Miqdad had meetings with local leaders in Cuba, Venezuela and Ecuador this past week, and was carrying classified personal letters from Assad.

He reportedly passed along a letter to Venezuelan leader Hugo Chavez, though a Venezuelan government spokesman told Ha'aretz that it spoke only of the "personal relationship between the two presidents." Chavez has been an open supporter of the Syrian regime since the country's civil war began, Venezuela's El Universal newspaper reported.

However, though Syria's ambassador to Venezuela Ghassan Abbas confirmed the meetings, he denied outright that they had to do with Assad fleeing.

"It is not worth honoring these claims with a response," Abbas said, the Guardian reported. "You can ask our Venezuelan counterparts. In several interviews Assad has said he was born in Syria and will die in Syria. Right now he is not afraid. He is in a strong position.There is no probability that this news is true."

United Nations Secretary-General Ban Ki-moon hinted Wednesday that he was not in support of offering the embattled Syrian leader asylum, according to Ha'aretz.

"Whoever commits [a] gross violation of human rights must be held accountable and should be brought to justice," Ban said from the sidelines of UN climate talks in Qatar. "This is a fundamental principle."