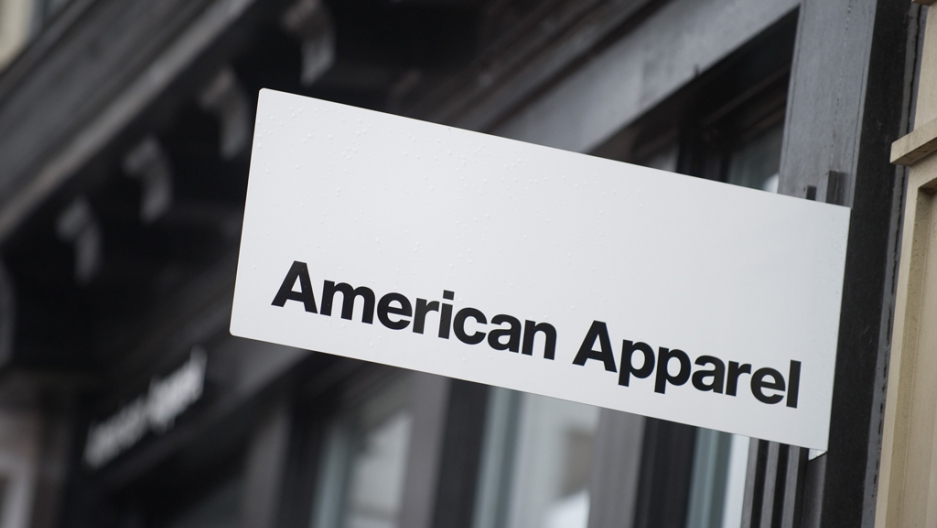 American Apparel is in talks with Russia to design its Olympics uniforms for 2014. A representative of the company said, "American Apparel could start working on uniforms today and have them in London within 7 days."
Credit: SAUL LOEB
Share

American Apparel's new series of online ads have gotten some complaints in the United Kingdom. Two people reported the company to the UK's advertising watchdog because they said that models' breasts were visible in t-shirt ads, the Guardian reported. The government agreed and added that one of the models appeared to be younger than 16.  "Because her breasts were visible through her shirt, we considered the images could be seen to sexualize a model who appeared to be a child," the UK's advertising watchdog ruled.

It's not the first time that American Apparel has fallen in hot water with British regulators. Last year one of its ad campaigns was banned in the UK after the government found that its images were "pornographic and exploitative," the Guardian reported back in April.

American Apparel's CEO is also facing trouble today in Los Angeles, his company's home base. A new lawsuit accuses CEO Dov Charney of choking and rubbing dirt into the face of a former Malibu store manager, the Los Angeles Times reported today. The former manager said that Charney also called him "a wannabe Jew" and a "fag."

But besides all that, American Apparel and Mr. Charney sound quit lovely.