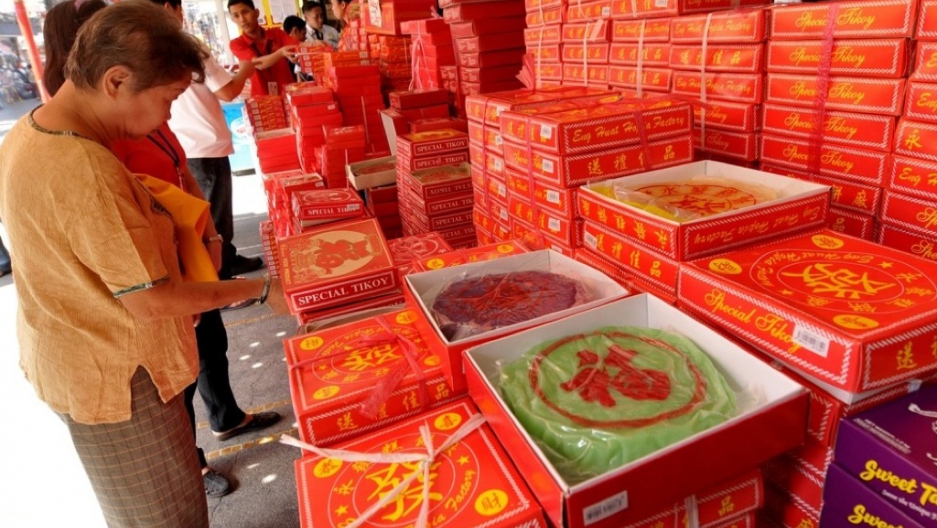 Chinese netizens are outraged over an incident in Xinjiang that allegedly showed preferential government treatment of ethnic minorities.

The incident involved a fight between a villager and ethnic Uighurs over the extremely high price they were charging for a nut cake.

Local police intervened aggressively in favor of the Uighurs, as announced on the official Weibo account of Yueyan police (translated by Off Beat China):

“#Police Alert# Villager Ling went into a fight with Uyghurs due to communication misunderstandings when buying a piece of Xinjiang nut cake. Verbal dispute escalated into a fight and then a mass fight. As a result, two people were injured; and Xinjian nut cakes of a total worth of about RMB 160,000 were destroyed. Total damage was about RMB 200,000, including fees for broken motorcycle and injured people. Currently, local police at Pingjiang already detained Ling. The 16 Uighur sellers were properly compensated and sent back to Xinjiang.”

The Uighur men involved were apparently refunded RMB 160,000 for their damaged cakes — around $25,000. To put that in context, the average annual salary in Xinjiang in 2011 was apparently $703.

That's an expensive cake, and the customer, Ling, had apparently been shocked by the price of the cake, prompting the fight. After hearing of the story, many Weibo users were somewhat surprised at the high price of the cake too. One Weibo celebrity wrote:

By yesterday afternoon a topic related to Xinjiang nut cakes was the second highest trending topics on Weibo, and state newspaper People's Daily picked up the story.

The story reveals much about China's ethnic policies. The Uighur are the largest minority in Xinjiang, an autonomous province in Northwest China, and are largely Sunni Muslim. The community has been linked to unrest, riots and even terrorism in the country — earlier this year two Uighur men were beaten to death on board a flight after they apparently tried to hijack the plane (though that version of events have been questioned).

Many of the responses on Weibo focused on the Uighur street vendors used high prices and vicious tactics to con ethnic Han Chinese customers out of money. One response, translated by Tea Leaf Nation, was typical:

“I’ve seen this happen in Pudong [Shanghai's business district]. A man said he wanted 10 RMB worth of cake, the Xinjiang vendor gave him a big piece, weighed it and said it would be 110 RMB. He couldn’t refuse because other cake vendors also came over to threaten him. He called the police, but the police also told him to pay up. Everyone knows why they dare to do things like this.”

While the Uighurs are often the subject of sympathy from overseas organizations, many in China feel that they are given preferential treatment by the government. For some the nut cake incident confirmed the worst fears.

Business Insider: 10 Things You Never Knew About Grover Norquist, The Man Behind The GOP's 'No New Taxes' Pledge

Business Insider: CHART OF THE DAY: iPad Sales In Context

Business Insider: Lawyer Calls Colleague's Sex Bias Suit An 'Affront' To All Women At The Firm