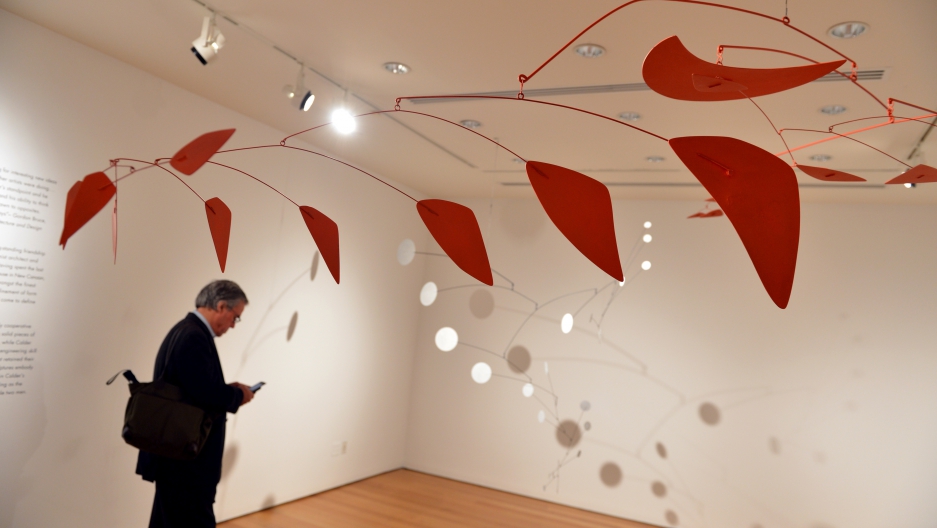 'Untitled' (C, red) and 'Snow Flurry' (rear, white) by Alexander Calder on display at Christie's in New York May 4, 2012, during a preview of the Post War and Contemporary Art sale.
Credit: Stan Honda
Share

A lithograph bought for $12.34 at a Goodwill store in Milwaukee has turned out to be an Alexander Calder piece worth $9,000, the Associated Press reported.

More from GlobalPost: Renoir painting bought at US flea market

Karen Mallet, a media relations specialist for Georgetown University, bought the black and white print in May because she noticed it had a Calder signature. "I thought, I don't know if it's real or not but it's $12.99. I've wasted more on worse things," she told the AP.

Finding valuable artworks at thrift stores “happens very frequently — you can't imagine," Jane Jacob, owner of Jacob Fine Art Inc. in suburban Chicago, told the AP. "They don't know what they have. They're just not set up to understand art history."

When Goodwill staff do spot important pieces of art among donations, the organization sells them at auction, the AP reported. Just last month, Goodwill auctioned off a Salvador Dali etching that was donated in Takoma, Wash., for $21,005, CNN reported.

The charitable organization’s biggest find so far has been a Frank Weston Benson oil painting in Portland, Ore., that sold for $165,002 in 2006, according to the AP.