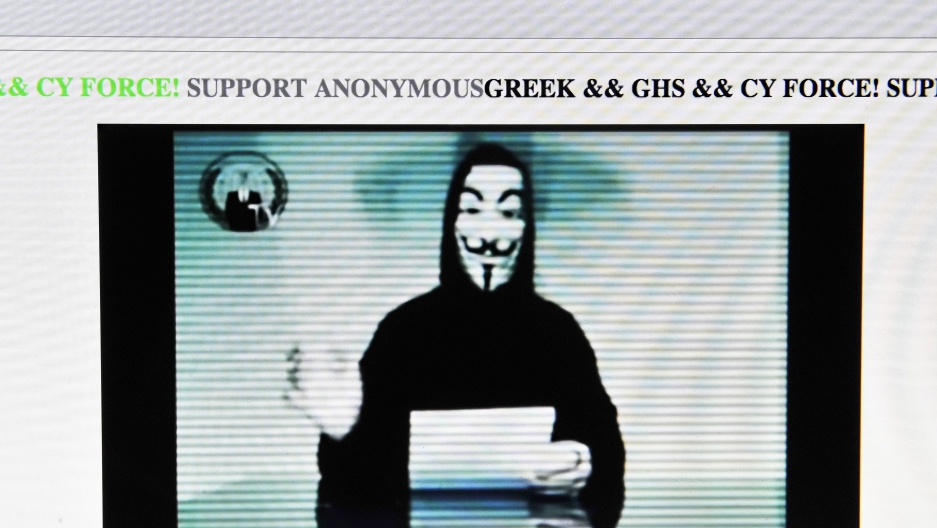 Anonymous has declared a cyberwar on the Syrian government, which the hackers accuse of cutting the country's internet access.

Syria has been offline since yesterday, and phone systems are severely disrupted. The goverment has accused "terrorists" of sabotaging its communications systems, but analysts say it would have been virtually impossible for anyone other than the authorities to achieve the nationwide blackout.

In response, Anonymous has launched "Operation Syria," which it says will be two-fold:

"One: gather any and all media coming OUT of Syria and spread the info. And two: OFFENSIVE, we are going to take down EVERY Embassy in the world Assad has left, begining with his biggest and most powerful supporter nations."

They advised starting with Syria's embassy in China, though its website was up and running on Friday morning, Reuters noted. The embassy in Belgium was temporarily hijacked overnight, but appears to be back to normal today.

Hackers also sabotaged the Industrial Bank of Syria's homepage, leaving the message: "Please governments... Stop kill inocent peoples [sic]... We are anonymous, and we want PEACE in this world."

Meanwhile, Google has contributed to efforts to get round the blackout by launching a service that allows Syrians send Twitter messages without internet access, by calling and dictating their tweet (details here).

It's the same "Speak2Tweet" function that helped Egyptian protesters to communicate when the former regime cut off internet access during the revolution – but, as Google acknowledges, it might not work so well in Syria if phone services are also disrupted. Plus Syrians have little way of finding out about it.

According to CloudFlare, an internet traffic specialist, for activists to have shut off Syria's internet as the government alleges, they would have had to sever four physical cables, three underground and one overground, that connect the country with the rest of the internet.

That seems pretty unlikely. A more plausible explanation, CloudFlare says, is that Syria's one, state-controlled internet provider reconfigured the routers that distribute all incoming and outgoing traffic.

The result is that it's much more difficult, if not impossible, for Syrian activists to tell each other or the world about what's going on there.

Anonymous Egypt, which probably knows better than most people what that's like, had this to say: