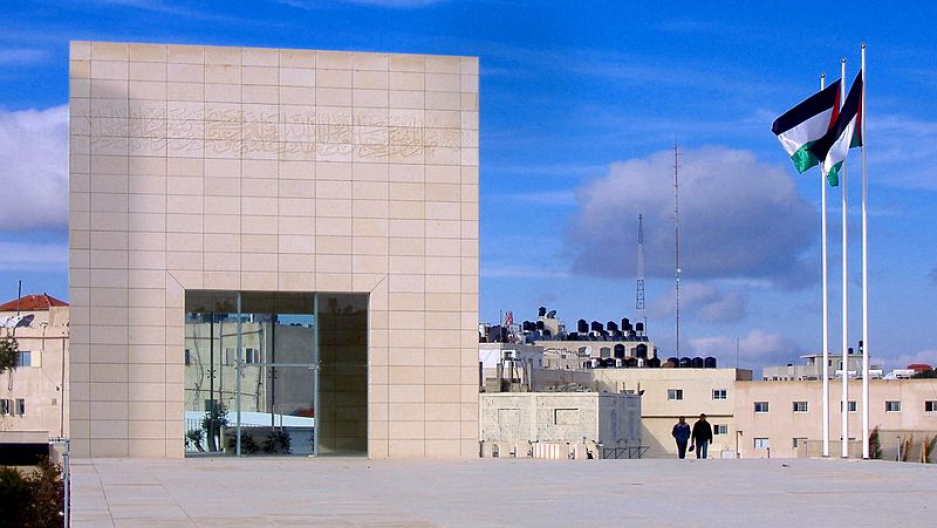 Yasser Arafat's body was exhumed from his mausoleum, pictured, so investigators could try and determine if he was assassinated. (Photo by OneArmedMan via Wikimedia Commons.)

The Gaza ceasefire seems to be holding, nearly a week after United States and Egypt-led negotiations between Hamas and Israel.

Israelis and Palestinians have returned to their daily lives in what seems to be an uneasy, if stable, peace.

But Tuesday, a ghost from the Middle East conflict's past rose again.

The garments were supplied by Arafat's widow, Suha.

In July, Suha told the BBC that she was "relieved" about the investigation.

"We have been asking for this inquiry for eight years," she said. "I was shocked, first, of course, because it’s a very dangerous poison, what they discovered, but I was relieved that we are on steps of knowing the truth."

Charles Glass, a journalist and Middle East expert, said Arafat was a unifying force in the PLO — and the man who gave the organization a distinctly Palestinian personality.

"He tried to unite all the distinct factions, which ran from extreme Marxists to moderate Islamists, he tried to unite them all under the PLO banner," Glass said. "(It) was a very, very loose coalition."

Most Palestinians blame Israel for Arafat's death, if indeed it was by poisoning, Glass said. And they have reason to be suspicious. Most of Arafat's top lieutenants, through the years, were killed by Israel.

If that were the case, Glass speculated, it could be because they blamed him for the Second Intifada, the period of Palestinian-Israeli violence from 2000 to 2005, and that he didn't do enough to put an end to it.

The radioactive element discovered on Arafat's clothes was polonium, a method of execution first perfected by the Russians. Glass says there are many in Israel with connections to the Russians.

It's a substance that's comparatively easy to transport, and fairly easy to introduce to someone, because its both tasteless and odorless.

Glass, however, is circumspect about whether this exhumation will provide sufficient evidence to permanently answer the question of whether Arafat was assassinated, and if so, by whom.

"As with all conspiracies, nothing is ever conclusive," he said.

No matter what happens, however, Glass doubts the results will lead to any real change. Hamas will continue to govern the Gaza Strip, while Fatah retains control in the West Bank.