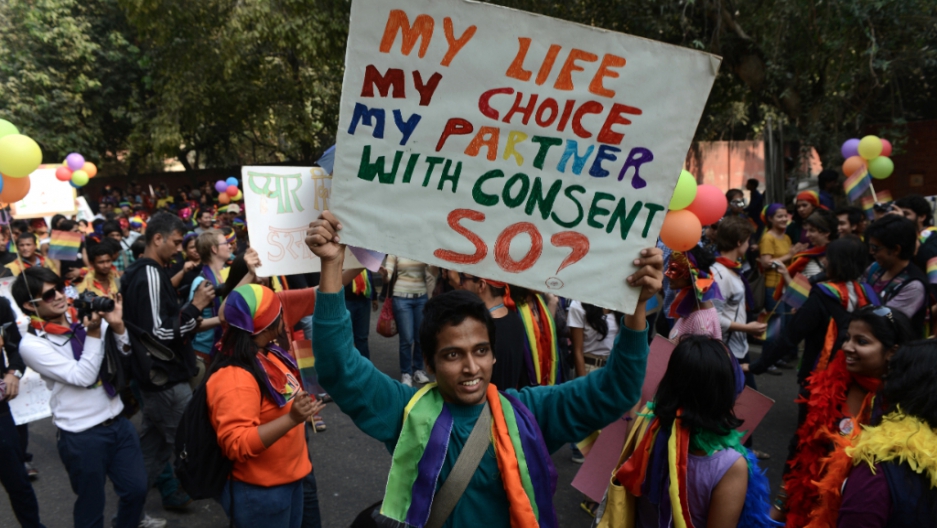 Hundreds took part in a Queer Pride march through New Delhi today, according to The Times of India.

More from GlobalPost: Indian girl Binoo shot by man after telling him not to pee in public

The event was led by India's gay, lesbian, bisexual, and transgendered community.

Alternative lifestyles remain taboo in India despite a series of legislative moves decriminalizing homosexuality and gay activities, activists say, reported the The Times.

Event organizers told India's IBN Live that today's parade was one the largest seen in the annual event's five-year history.

Protesters marched Barakhamba Road to Jantar Mantar with a huge rainbow banner. Some of them were masked and carried signs with slogans like, "Straight but not Narrow," said IBN.

India is home to an estimated 2.5 million gays, according to India's ANI news agency, but homosexuality was prohibited by law until 2009.