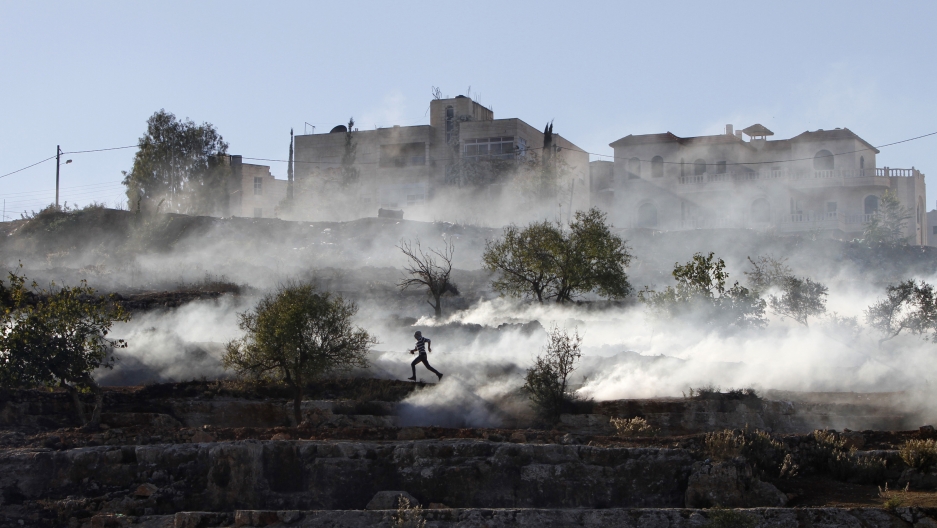 But the violence has continued, with both Palestinian militants and Israeli forces continuing a deadly exchange. Both sides have reported a number of casualties — including at least 16 in Gaza, four of whom were children and one of whom was pregnant. In Israel, three people have died — and the violence continues.

On Thursday, the United States called on Turkey and Egypt to use their influence with Hamas to get them to "de-escalate" the violence.

Tensions between Israel and Gaza have run high since Israel unilaterally disengaged from Gaza in 2005. Palestinians living in Gaza launched rockets into Israel in the years following Israel's disengagement, and Israel launched a three-week offensive into Gaza in the winter of 2008-2009, killing approximately 1,400 Palestinians.

"The wanton aggression against Gaza proves that Israel has yet to realize that Egypt has changed and that the Egyptian people who revolted against oppression will not accept assaulting Gaza," the statement said.

The country's prime minister was reportedly to visit the area soon.

Isabel Kershner, a reporter for The New York Times, is on the ground in Israel near the Gaza border said the operation enjoys a great deal of support among Israelis. The Israeli Defense Forces have used social media extensively to try and rally support for their operations.

Aaron David Miller, a distinguished scholar at the Woodrow Wilson International Center for Scholars and former State Department advisor, says the pressure of upcoming elections and general Middle East uncertainty may have forced Israel into action.

"I think it's old wine, sadly, tragically, in new bottles," Miller says of the deteriorating situation in Gaza.  "You see what small, determined groups can do in an effort to embroil broader regional forces in the prospects of a major confrontation."

Still, neither side wants this conflict to escalate further. Miller says.

"I think there is a kind of natural equilibrium that will prevent the Golan from exploding," he said of another region that Israel has occupied.