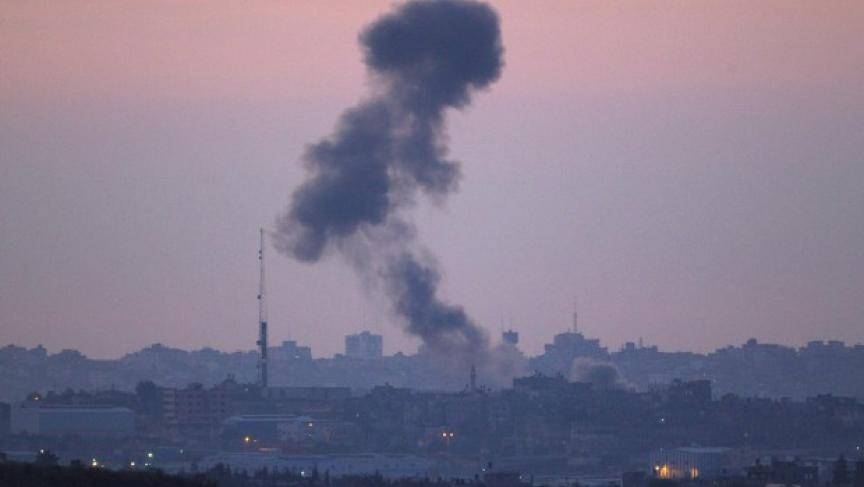 Smoke rises after an Israeli strike in the northern Gaza Strip November 15, 2012. A Hamas rocket killed three Israelis north of the Gaza Strip on Thursday, drawing the first blood from Israel as the Palestinian death toll rose to 15 in a military showdown lurching closer to all-out war with an invasion of the enclave. REUTERS/Ronen Zvulun (ISRAEL - Tags: CIVIL UNREST POLITICS)

Share
Anchor Aaron Schachter speaks about the situation in Gaza with one you resident of the Palestinian territory. 17-year-old Karmel Asad Shamallakh moved to Gaza from Britain last year.