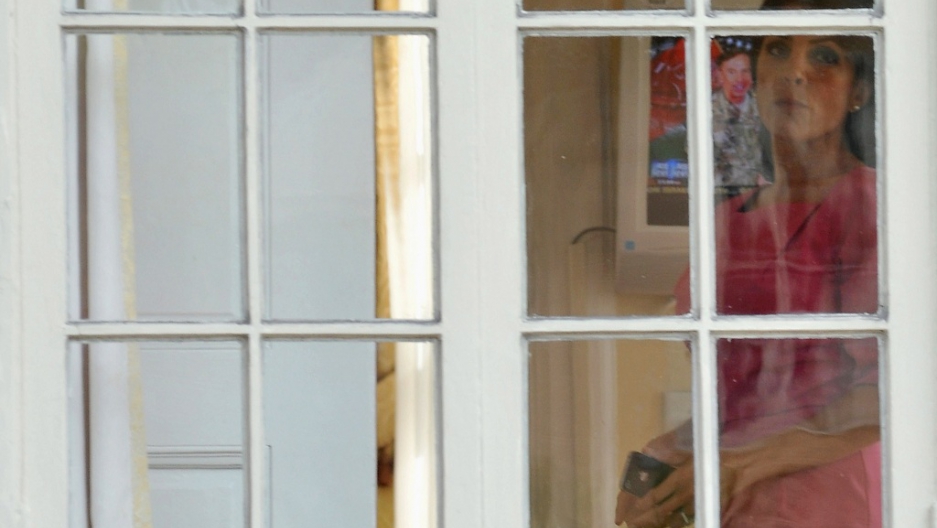 Jill Kelley looks out the window of her home as Gen. David H. Petraeus is seen on the television in the background on November 13, 2012 in Tampa, Florida. Kelley, who is reported to be involved with the military community at MacDill Air Force Base, reported receiving harassing emails to the FBI, which resulted in an investigation that revealed the sender to be Paula Broadwell, who was found to be having an affair with Gen. David H. Petraeus.
Credit: Tim Boyles
Share

While the CIA is engulfed with scandal sparked by the interception of email correspondence by the FBI, government surveillance of personal online correspondence is becoming more common.

According to Google’s transparency report, there were 20,938 requests from governments around the world to hand over user data.

Google’s transparency report is released bi-annually in order to “shine a light on how government action could affect our users”.

“This is the sixth time we’ve released this data, and one trend has become clear: Government surveillance is on the rise,” wrote Senior Policy Analyst Dorothy Chou in the report released by Google yesterday.

More from GlobalPost: Who are the Izz ad-Din al-Qassam Cyber Fighters?

When the FBI asked Google to share Paula Broadwell’s personal user data associated with her Gmail account, it was one of 7,969 such requests US government agencies made in the first half of 2012.

The number of government requests has nearly doubled from the latter half of 2009, with a sharp spike in 2012.

“The number of government requests to remove content from our services was largely flat from 2009 to 2011. But it’s spiked in this reporting period. In the first half of 2012, there were 1,791 requests from government officials around the world to remove 17,746 pieces of content,” read the report.

The report released by Google only tells one small part of the global surveillance tale. Government requests for user data occur across a large swath of the internet, not just on Gmail. Several other social media companies, like Facebook, aggregate private user data on a massive scale. The government information requests reported on by Google are only one tiny sliver of the internet as a while.

Google not only stores email data but keeps large amounts of user information as well. This information includes physical IP addresses that denote the real world locations of where their users access their Gmail and Google Drive accounts, among others.

While reports of government request of personal data from other web-based corporations remain sparse, companies like Dropbox, Linkedin, Sonic.net and Twitter have begun to share their statistics as well.

Earlier this year, Twitter released a similar set of data. According to their report, government requests for data have also experience a hard uptick beginning with the first half of 2012.

From January to June of 2012, Twitter received 849 user information requests. 679 of those requests came from US government organizations.

We’ve received more government requests in the first half of 2012, as outlined in this initial dataset, than in the entirety of 2011,” read a report written by Jeremy Kessel, a legal policy manager at Twitter released last summer.

More from GlobalPost: The Pirate Bay moves to the cloud