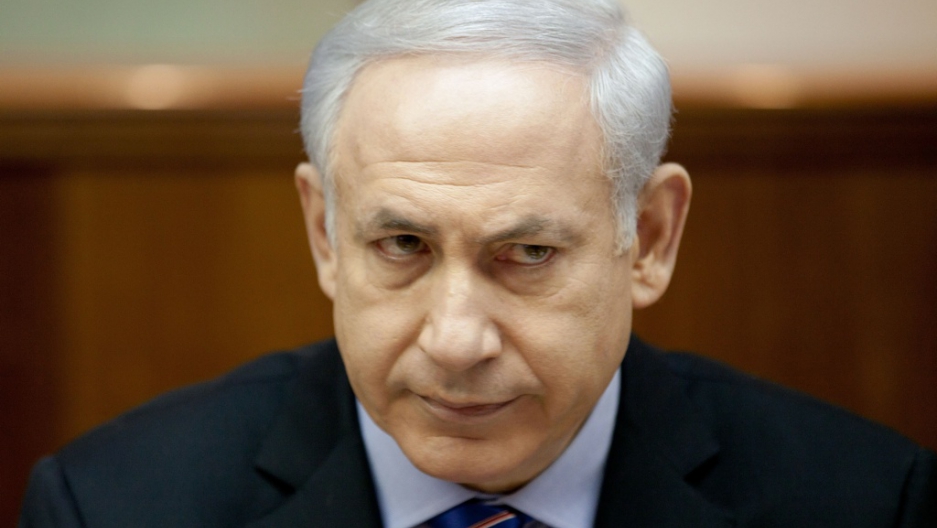 JERUSALEM — President Barack Obama's decisive victory provoked a day of political ricochets in Israel, which faces elections of its own in just under two and a half months.

In Jerusalem Tel Aviv, the day after the elections felt a bit like it does when a cousin delivers bombshell news at a family reunion, with eruptions of frenzy and concern.

There were those, like esteemed Ha'aretz columnist Chemi Shalev, who wagged their fingers in slightly reproachful I-told-you-so's. No one had been fully honest about the Republican campaign, he said.

"Nowhere was the blatant disregard for facts, for reality and for a sense of proportion more evident than in the hypocrisy and hyperbole so cynically employed in order to try and depict Obama as some sort of latter day Haman who seeks to undermine Israel, if not to destroy the Jewish people completely," he wrote. "Many millions of dollars were wasted in a futile effort to wrest away a few percentage points of Jewish voters away from the Democrats and into the Republican camp."

The result? Almost 70 percent of Jewish support for Obama.

But further investigation revealed that the so-called exit poll was in fact comprised of stubs left in drop-boxes strategically installed in religious neighborhoods. And IvoteIsrael, upon investigation, appears to have ties to a Republican operative in the United States.

In Israel, the assumption that Prime Minister Benjamin Netanyahu sided with Romney has become axiomatic.

There were those, such as Interior Minister Eli Yishai, who lost no time in rejoicing in this prime minister's misfortune.

"It seems it is not such a good morning for Prime Minister Benjamin Netanyahu," Yishai told reporters early first thing Wednesday morning.

Others, who may themselves be jockeying for Netanyahu's job, lost no time in attacking the prime minister for playing favorites with Romney.

In an unusually blunt statement on Israel Army Radio, former ambassador Dan Kurtzer scolded Netanyahu for "unecessarily endorsing Romney — something unprecendented — and causing tension in relations between the two nations. He shouldn't have done it. There was no reason for this."

Meeting with the Jewish Federation of New York, former Prime Minister Ehud Olmert leveled a sharply worded analysis of Netanyahu's actions, saying that Netanyahu intervened in the American elections on behalf of "an American billionaire" with a clear interest in the race. (Hint: His name is Sheldon Adelson.)

"That same billionaire used the prime minister to promote his own presidential candidate. This is a serious violation of the basic bilateral rules, especially when it comes to allies such as Israel and the US," Olmert said.

The prime minister has the right to an opinion, Olmert specified, "but it's better if he kept it to himself."

"Obama was a friend of Israel before he was elected and will remain so now," Olmert continued. But "after what Netanyahu has done in the past few months — we have to ask whether the prime minister has a friend in the White House. I'm not sure."

In a similar vein, opposition leader Shaul Mofaz, who has seen the fortunes of his Kadima party plummet since elections were announced, sent a congratulatory letter to Obama and said on Israeli Radio that Netanyahu had jeopardized Israel's ties with its closest ally.

It is Israel, so everyone had an opinion. Some analysts hoped Obama would parlay the victory into pressure on Netanyahu to return to peace talks with the Palestinians. Others wearily said that the newly re-crowned Obama can't be bothered.

"I think the White House has realized that the Israeli-Palestinian issue costs a lot of political capital, but brings very little results," wrote Noam Sheizaf, of the webzine www.972mag.com.

Attacks on Netanyahu came briskly, from the left and from the right.

On the left, columnist Larry Derfner wrote that Netanyahu's Romney wager could lead to the resurgence of an Israeli peace camp now that "no one is fooled by his denials that he backed Romney and opposed Obama as demonstratively as he possibly could."

On the right, former ambassador to the United States Sallai Meridor, a member of Netanyahu's party, estimated that the "very strategic, very disciplined" Obama is unlikely to quickly forget that Netanyahu betted on Romney.

At a panel discussion in Tel Aviv, Meridor said, "I don't think we can just assume that what happened between them over past four years will have just evaporated. When people fight for their political life and feel that their partner is trying to undermine their chances — it's not going to disappear."

The prime minister faced the assault with a double-pronged defense. On the one hand, he summoned US Ambassador Daniel Shapiro to Jerusalem to receive his well-wishes, in which (as was noted on every evening news program) he was ample in his praise for the United States, but kept his reflections on its re-elected president to a minimum.

Secondly, he admonished his ministers not to speak out of turn. According to the Israeli news site Ynet, after several ministers belonging to Netanyahu's party made negative comments about the electoral results, "the ministers' spokespersons and advisers received text messages from Netanyahu's office, asking them not to comment about Obama's re-election. The Likud spokespersons were requested to stick with the statements issued by Netanyahu's office."

As in all stressful family situations, there were those who fanned the flames and those who played peacemaker.

Some political analysts reported on Nov. 7, which announced not only news of Obama's victory but also that of a political opponent of Netanyahu who now leads a religious party challenging him, as something of a personal Waterloo. Other Israel observers issued calming predictions that Obama, being Obama, will not seek revenge upon the Israeli prime minister.

"Israelis may be surprised that while Israel may have been front and center on the campaign, it will not be front and center in Obama's policy,” Martin Indyk, a Clinton-era ambassador to Israel, told Israel Radio. “He had his fingers burned in dealing with the Israeli-Palestinian conflict and unless he sees from both the Palestinian leadership and the Israelis a real willingness to engage to resolve the issue, I don't think he's going to make it a priority. I think he is going to be focused on other parts of the world where he can achieve more."