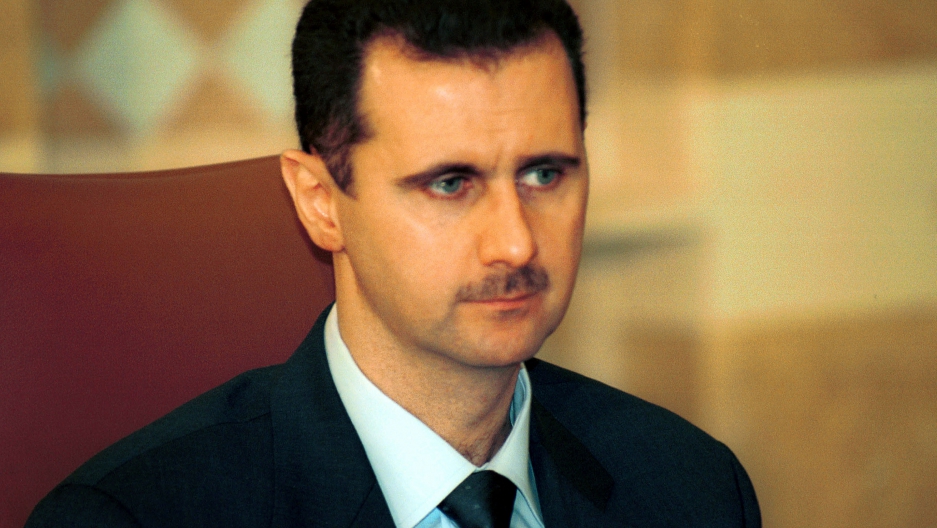 In an interview on Russian television, Syrian President Bashar al-Assad said that he would "live and die" in Syria, rejecting calls for him to leave the country.

The remarks come at the heels of a statement by British Prime Minister David Cameron who said that he's open to the idea of offering Assad safe passage if the Syrian leader agreed to step down.

Cameron, who is currently visiting refugee camps along the Syrian border in Turkey, has insisted on the lifting of an arms embargo on Syrian rebels.

During the interview, Assad said that any foreign intervention would bring unintended consequences.

"I think that the cost of foreign invasion of Syria, if it happened, would be greater than one that the whole world can afford," Assad told Russia Today (RT) television, according to CNN.

More from GlobalPost: Who are the Syrian opposition?

"Because if there were problems in Syria, particularly as we are the last bastion of secularism, stability and coexistence in the region, it will have a domino impact that will affect the world from the Atlantic Ocean to the Pacific Ocean."

During the interview Assad stressed that the struggle for Syria was more about repelling foreign powers than an internal struggle.

"I'm not a puppet, and I was not made by the West to go to the West or to any other country," he said, according to Reuters.

It has been estimated that on average 100 people die each day in Syria due to the civil strife.

Syria's rebellion has so far lasted 19 months and claimed about 35,000 lives.

Syrian opposition members are currently meeting in Qatar to create a more representative and unified front against Assad, said VOA.

The interview with Syria's president is expected to air on Friday on RT.