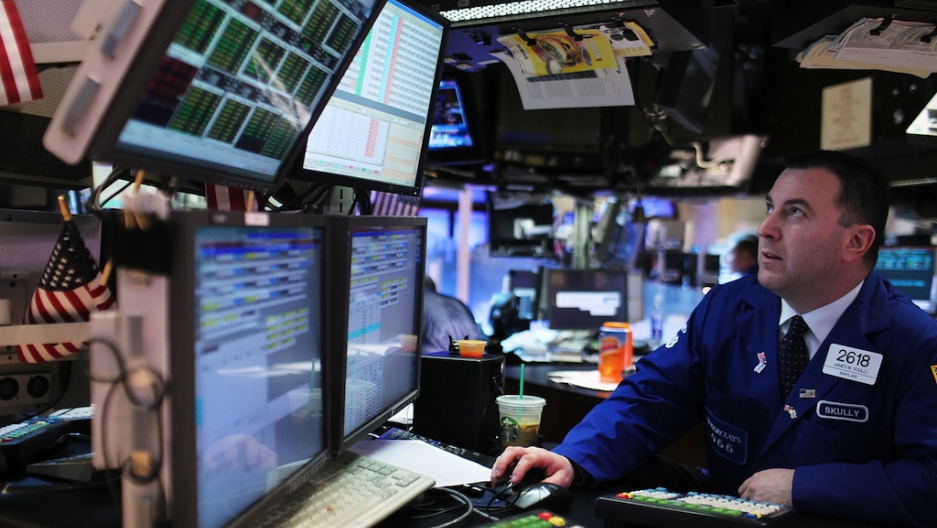 Fears of a "fiscal cliff" have caused the Dow to drop 2 percent and sent the S&P 500 towards its biggest decline since June.

The "fiscal cliff" refers to the $607 billion in tax increases and federal spending cuts that will automatically be implemented in January 2013, Bloomberg News explained, coming as US attention is turned toward the looming financial battles in Congress and the state of the euro zone's debt crisis.

The Congressional Budget Office has warned that if Congress does not block these changes, America's economy could slow by as much as 0.5 percent in the next year, according to Bloomberg.

The Dow Jones Industrial Average dropped 312.95 points, or 2.4%, to 12932.73 by the close of the market on Wednesday. That fall of the blue-chip average made it the largest decline of the Dow since November 9, 2011, according to the Wall Street Journal.

Meanwhile, the 10 groups in the Standard & Poor 500 also experienced losses, in part due to Obama's reelection. Bank of America and JPMorgan Chase fell at least 4.6 percent, and several energy companies also saw losses of at least 9.5 percent due to expectations of increased regulation for the coal industry under Obama's administration, Bloomberg Businessweek reported.

"Traders on the floor are thinking, before the election President Obama wasn't able to resolve the fiscal cliff so what makes you think he's going to be able to do it after the election? That's the big issue right now," Todd Schoenberger, managing principal at the BlackBay Group in New York, told Reuters.

Some analysts also say the election offered a temporary distraction from the ongoing euro zone crisis, which continues to cause worry across the continent and in global financial markets, CNBC News reported.

“The US election temporarily flipped worries over Europe, but Europe still has an important role in global markets,” said Quincy Korsby, market strategist at Prudential Financial. “They’ve obviously been a chronic condition, but it’s flare ups like today that grab attention.”

More from GlobalPost: Dow closes above 13,000 for first time since May