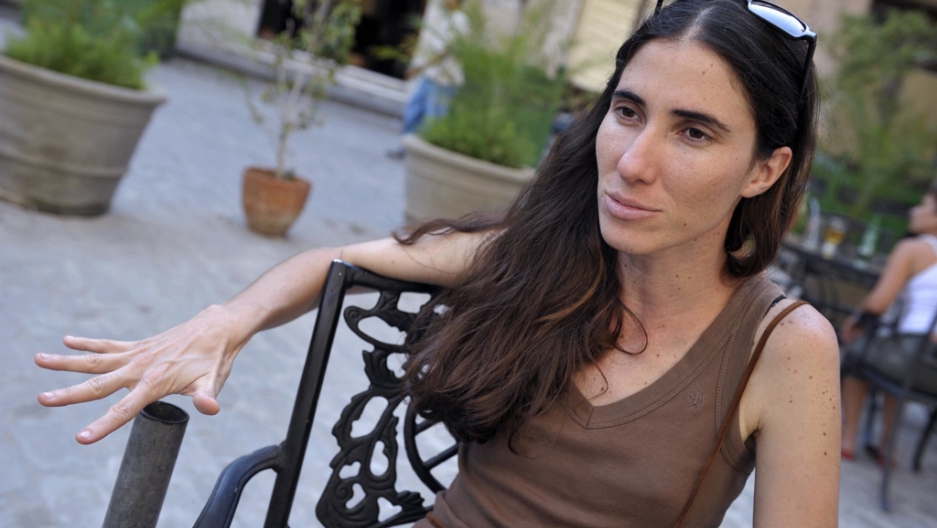 Cuban blogger Yoani Sanchez during an interview with news wire AFP in Havana, on May 6, 2008.
Credit: Adalberto Roque
Share

Yoani Sanchez, blogger of Generation Y and author of Havana Real spoke to GlobalPost’s Venezuela correspondent Girish Gupta about the US election in the eyes of Cubans.

“Cubans aren’t allowed to ask a single question about elections in our country. Our elections aren't a theme for speculation. However, we’re very attentive to elections in other countries, for example recently in Venezuela and now in the US.

When there’s a Republican president in the White House, therefore, it’s a perfect game. I think the government in Havana struggles with the flexibility of Barack Obama and his small academic and cultural bridges, his flexibility with remittances for example."

GlobalPost series: More voices from Cuba and around the world on election 2012