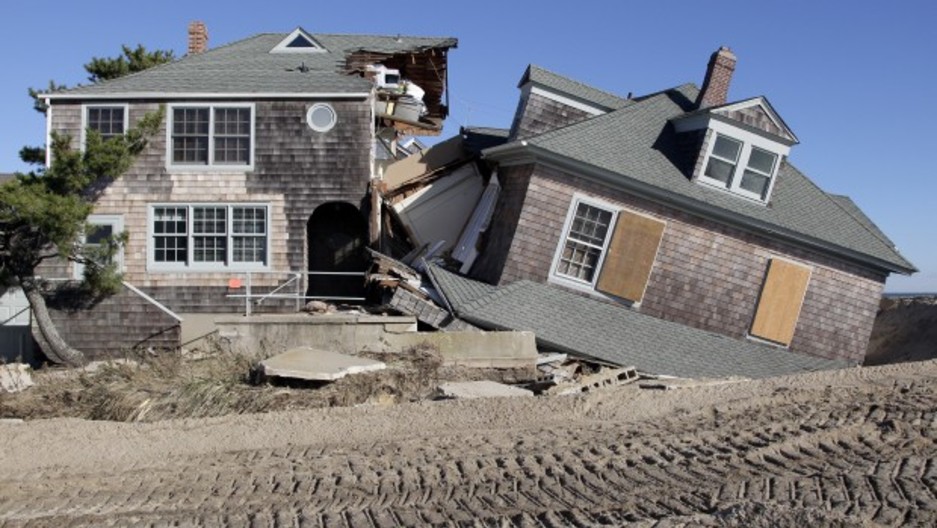 A view of the remains of a beach front home, torn in half by the force of the water in the aftermath of Hurricane Sandy, at Bay Head, New Jersey November 4, 2012. Victims of superstorm Sandy on the U.S. East Coast struggled against the cold early on Sunday amid fuel shortages and power outages even as officials fretted about getting voters displaced by the storm to polling stations for Tuesday's presidential election. REUTERS/Tom Mihalek (UNITED STATES - Tags: ENVIRONMENT SOCIETY DISASTER)

Share
In New York and New Jersey, piecing back together the communities devastated by Hurricane Sandy will be a daunting task. And who will do the hard work? History suggests immigrants are likely to play a major role. Immigrant labor made a major contribution to rebuilding New Orleans after Hurricane Katrina in 2005. And estimates suggest that one out of five construction workers in the US today is an undocumented immigrant. Patrick Vinck is a researcher at the Harvard Humanitarian Initiative. He's the author of a study that examined the role of immigrant labor in post-Katrina reconstruction. Vinck says it's likely a similar story will play out post-Sandy.