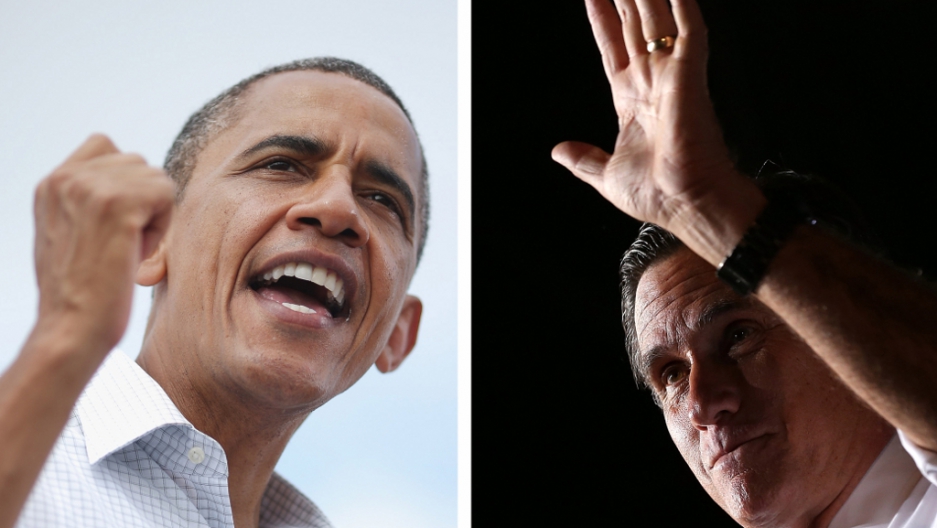 President Barack Obama and Mitt Romney spent a combined $30.33 every second this election cycle, as a binge of campaign spending deluged voters with rallies, banners, and of course, TV ads.

The figure comes from a grand total of more than $1.7 billion spent by both sides through mid-October. And that works out to more than $79 million per month, and more than $2.6 million every day, according to data provided by the Federal Election Commission.

No wonder both candidates spent so much time in fundraisers.

From January 2011 through October, the Obama campaign burned through over $553.2 million, with the Democratic National Committee spending another $263.2 million.

And the top three Obama "Super PACs" dumped in another $58 million. All that totals more than $874.6 million dollars spent — before the election.

On the Romney side, the campaign had spent $360.4 million in that same time frame, which was joined by $284.2 million by the Republican National Committee and $200.1 million from the top three Romney Super Pacs. All told, that’s more than $844.6 million.

The Obama team held the lead by about $30 million as of October.

Historically, these are big, big numbers.

That means the campaigns are spending a lot more per voter than they did years ago. Take a look at the math.

With more than $874 million in campaign and Super PAC spending for Obama this year, the forces supporting the president have spent about $5.98 per registered voter when you calculate using the total number or registered voters in the last campaign, which was just over 146.3 million.

By our math, the cost to reach each voter in America has gone up consistently over the past three decades. There's a lesson in that for the campaigns and the fundraisers who push for ever more cash each year: That flood of money is causing political inflation. And that makes the constant reach for new fundraising records a self-fulfilling prophesy.

More from our partner CNBC:

CNBC: Natural gas could be bigger than the Internet