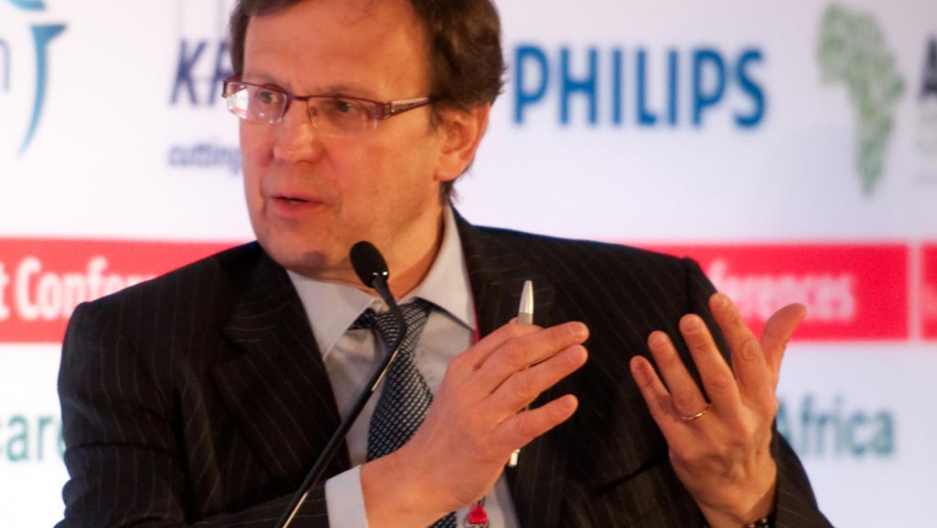 In October, the World Health Organization (WHO) released its 2012 Global TB Report, which announced that the fight against tuberculosis is at a crossroads.

The report found that 51 million people have been successfully treated for tuberculosis in the last 17 years. Medical breakthroughs and technological advancements have brought successes, including a new diagnostic tool that can test for TB in 100 minutes, and development of the first new TB drugs in more than 40 years, which could be on the market in 2013.

But WHO also points to funding gaps in both research and treatment, which amounts to a total of $4.4 billion.

GlobalPost spoke with Mario Raviglione, director of WHO’s Stop TB Department, about why the funding gap exists, what would help reduce it, and what’s at stake as we choose a path forward.

Q: The World Health Organization says that we are at a crossroads in the fight against TB. What do you mean by this?

A: We are saying that TB is at a crossroads because on the one hand, we have the technology that is coming in. We already have some novelty diagnostics, for instance, with pretty good success in terms of implementation rates. We have, possibly, two new drugs against multi-drug resistant TB for the first time ever. At the same time, we have the success stories of several countries worldwide. So we have a possibility here of envisioning a much brighter future for TB care and control over the next few decades.

On the other hand, we have a financial gap that we are estimating at about $3 billion out of the $8 billion that are necessary for care and control efforts in countries, plus another $1.4 billion gap in the area of research. So the point we are making is that we could be going on one road toward the consolidation of what has been achieved and the innovation that would bring additional successes, or we can go wrongly toward the financial gap road, which is the one that would take us backward.

Q: Compared to other diseases like HIV/AIDS, TB receives far less funding. Why do you think this is?

A: There is insufficient money from internal sources, domestic government sources, put into TB control and care. Simultaneously, there is an insufficient amount of international resources. The Global Fund gives 90 percent of all external funding for tuberculosis. So we are missing, for instance, Presidential Initiatives like the ones for malaria and HIV. We don’t have that in tuberculosis. And also remember that the Global Fund only puts 16 percent of their funding toward tuberculosis. So that tells you why we have these huge funding gaps in care and control.

Q: Why do you think we don’t have a Presidential Initiative for TB?

A: We should analyze why there has been a US Presidential Initiative, for instance, on HIV, and one on Malaria later on, and why there has not been one on TB. And the answer that we often give to that is that the HIV constituency in the US is many times more powerful than any TB constituency. As a matter of fact, there is no TB activism. Remember that TB patients are often the most marginalized people, the most stigmatized people. They are the immigrants without a voice, they are the homeless without a voice, and they are the poorest. So you cannot expect that these people will go out in front of the White House and protest, and that is what the story is.

I think we are the voice of the people affected by TB, and our voice is not sufficient to mobilize the type of political movement that will result in putting much more money into TB.

Q: If there were to be a Presidential Initiative, what would you like to see included in it?

A: Well, the goals would need to coincide with what the international community has already established for many years. And I think in TB we have a very clear direction. I don’t think we need to discuss a lot of the technical issues because the interventions available for tuberculosis are extremely clear.

What I would request a Presidential Initiative to do is to make prominent the fact that these interventions must be funded, must be financed, and to use this funding as leverage to ensure that governments of the endemic countries take over part of the financing progressively over a number of years. Then we can transition over the next five to 10 years, depending on the status of the country, toward more sustainable and long-term financing from domestic sources.

Q: What you foresee in the next five to 10 years in the fight against TB?

A: Well I hope that at these crossroads that we are talking about, we get on the right road, and we don’t get on the one where there’s not enough money and not enough commitment to be able then to do something really substantial. … If the financial resources are there, and these efforts are well-funded, then there is hope to have a substantial decline in the number of people who die from tuberculosis.

We are discussing now what target we will adopt for the 2015 agenda, and we are thinking, in fact, that one major target could well be halving the number of deaths between 2015 and 2025. That would be already a major achievement.

More from GlobalPost: Surviving TB and speaking out