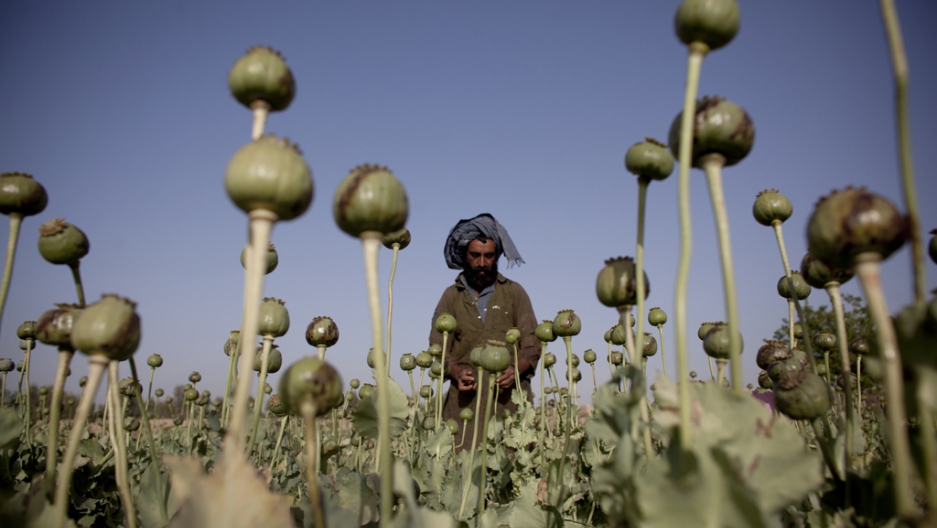 An Afghan man cultivates poppy bulbs at a farm in early May, 2011 near the city of Kandahar, Afghanistan. Despite aid money to reduce poppy harvesting, it remains a challenge within Afghanistan.
Credit: Majid Saeedi
Share

In February, Sit Aye, a legal adviser to Myanmar President Thein Sein, told Reuters the government intended to solve its opium problem by 2014.

Gary Lewis, East Asia and the Pacific representative for the United Nations Office of Drugs and Crime, said, according to the UN, "The opium numbers continue to head in the wrong direction. However we have seen more progress on responding to the root causes of opium cultivation in the past year than we have in the past decade. The international community must now ask 'how can we help?' — and provide resources towards a solution."

Most of Myanmar's opium crop is used to produce heroin, according to the BBC. “About half goes to meet the growing market in China,” the UK news outlet wrote.  China accounts for more than 70 percent of heroin use in East Asia and the Pacific.