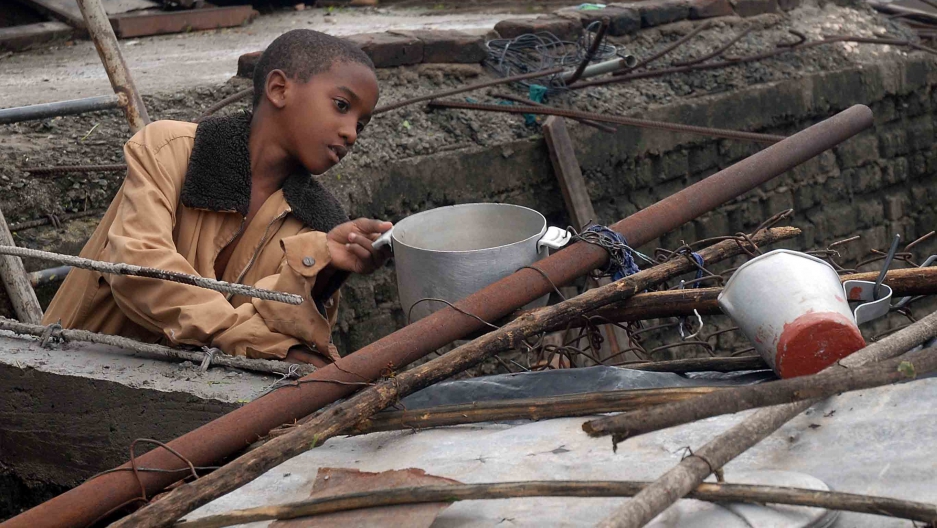 HAVANA, Cuba — Hurricane Sandy cut an island-hopping path of destruction through some of the poorest and most vulnerable parts of the Caribbean last week, bringing catastrophic crop losses and new worries of hunger and disease.

Authorities in several countries are still adding up Sandy’s costs, but the storm appears to be one of the most devastating to the region in years. Eastern Cuba and southern Haiti were especially hard hit by searing winds and flash floods.

Update: At least 71 deaths have been reported across the Caribbean so far, including 52 killed in Haiti (and more than 20 Haitians still missing) and 11 in Cuba. The toll could rise as emergency responders and relief workers reach more rural and mountainous areas.

After battering Jamaica Wednesday, the storm made landfall early Thursday in Santiago de Cuba as a Category 2 hurricane with gusts topping 110 miles per hour. Its ferocious winds shredded roofs in the island's second-largest city (population 500,000) and sent soggy masonry crashing down into the streets.

The Cuban government has not given an estimate of Sandy’s overall costs, but some of the island’s key industries appear to be affected. Tourist hotels were wiped out by storm surges reaching 30 feet along Cuba’s south coast, while coffee plants in the mountains were ripped out of the ground.

State media broadcasts showed one massive government warehouse, its roof completely missing, where sacks of sugar awaiting export were stacked to the rafters — and completely soaked with rain.

Cuban state newscasts have highlighted government relief efforts in upbeat tones, but President Raul Castro warned that it would take “years of work to recover” after touring the damage.

A multibillion-dollar repair bill could be a major setback for Castro’s economic reform agenda, including plans to slash hundreds of thousands of unproductive jobs from government payrolls.

And Cuban communist authorities have not formally asked for help from international donors and charities. The Venezuelan government has sent a ship with 650 tons of food and heavy equipment for Cuba and Haiti, but some residents in Santiago were reportedly looking to Hugo Chavez’s government for more help.

Rising food prices and a prolonged state of crisis in eastern Cuba could touch off a new wave of internal migration toward Havana, where housing shortages are so acute that the government already restricts provincial Cubans from moving there.

Cuban dissident activists on Tuesday called for Raul Castro’s government to reach out for international aid, allow private religious organizations to distribute more charity, and for a suspension of steep customs duties on food and other relief supplies sent by Cubans abroad or carried in travelers’ suitcases.

Cuba has also been coping with a cholera outbreak and an epidemic of mosquito-borne dengue fever. Health officials in eastern Cuba have been distributing chlorine disinfectant and urging residents to boil water, but power service remains out in nearly all of Santiago de Cuba, where many residents rely on electric stoves.

The spread of cholera is an even greater threat in Haiti, where the disease has already killed more than 7,400 and sickened 600,000. Sandy’s rains sent torrents of water pouring through tent camps crowded with Haitians who lost their homes in the 2010 earthquake, and the Haitian government said the flooding had made nearly 20,000 families newly homeless.

Even before the storm many Haitians were struggling with escalating food prices, and authorities reported extensive crop losses in the southern third of the country, where banana trees were flattened and food stores were spoiled.

Tourism-dependent Jamaica and the Bahamas were also pounded by Sandy but did not appear to sustain the same degree of damage. Power was restored to all but 60,000 households in Jamaica by Tuesday, according to local reports.

Of greater concern to some tourism officials in Jamaica was Sandy’s damage in the northeastern United States, which is the principal source of tourists for the island.