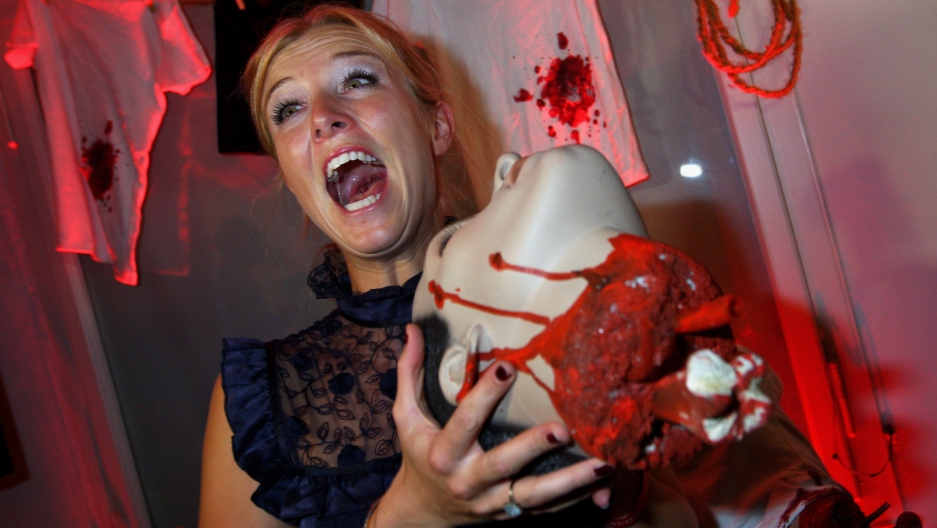 The scary movie study commissioned by the website LOVEFiLM.com, found that Stanley Kubrick's 1980 movie "The Shining" burned an average of 184 calories in viewers.

Other horror films had similar impacts despite the fact that viewers are seated and hardly moving.

The Telegraph reported that the study made viewers watch a number of horror movies while measuring their heart rate, oxygen intake and carbon dioxide output.

They also measured the number of calories burned.

The University of Westminster researchers found that the number of calories burned during horror movies increased by one third the normal rate.

The study noted that the burn in calories was likely due to an increased amount of adrenaline.

"Each of the ten films tested set pulses racing, sparking an increase in the heart rate of the case studies," said cell metabolism specialist Richard Mackenzie, according to Digital Spy.

"As the pulse quickens and blood pumps around the body faster, the body experiences a surge in adrenaline."

The top five calorie-burning horror movies include (in order): The Shining, Jaws, the Exorcist, Alien, Saw, said the Telegraph.

Others included the Spanish horror classic [REC], Paranormal Activity and A Nightmare on Elm Street.

It is still unclear what LOVEFiLM.com will do with the study.