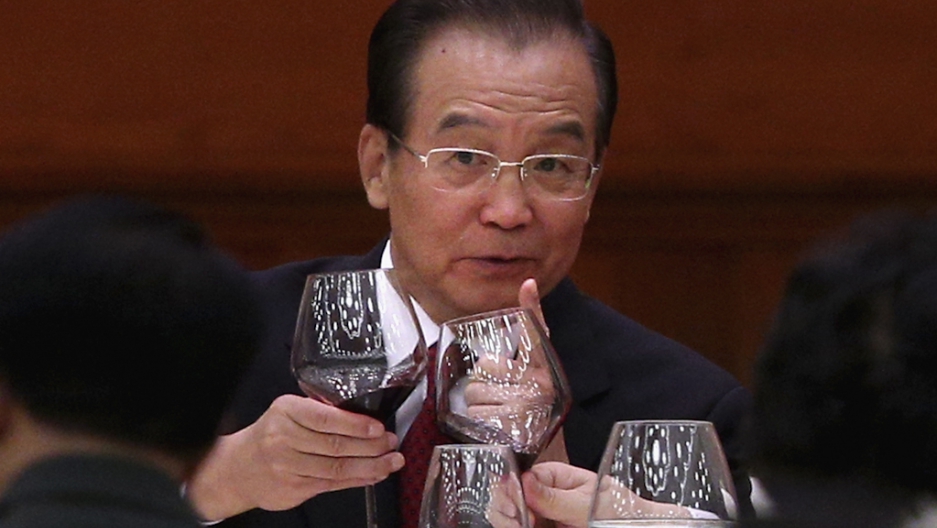 Chinese Prime Minister Wen Jiabao attends the banquet marking the 63th anniversary of the founding of the People's Republic of China on September 29, 2012 at the Great Hall of the People in Beijing, China.
Credit: Feng Li
Share

The family of China's prime minister, Wen Jiabao, has refuted a New York Times report that said they had accumulated billions of dollars of assets during his time in office.

In a statement released by their lawyers, Wen's relatives said their so-called "hidden riches" did not exist.

They denied illegal business activity and disputed the claim that Wen's mother had ever held any investments.

The statement also denied any wrongdoing by the premier himself, according to a translation by Hong Kong's South China Morning Post:

The Post described it as "first time a top Chinese leader has issued a rebuttal to a foreign media report."

More from GlobalPost: The disturbing truth about China's economy

The New York Times, however, pointed out that the statement was not "a sweeping denial."

Notably, Wen's family did not address the paper's central claim that they controlled assets worth "at least $2.7 billion," an article today noted.

Chinese authorities have blocked access to the Times' Chinese and English websites since the paper published its story on Thursday. China's foreign ministry called the report a smear and accused the Times of having "ulterior motives."

The newspaper's editors are standing by the story, however, according to a statement it published today. Spokeswoman Eileen Murphy said the Times was "incredibly proud" of its investigation.

The Wen family's statement said they would continue to correct the paper's "untrue reports," and reserved the right "to hold it legally responsible."

More from GlobalPost: What to expect from the next leader of China