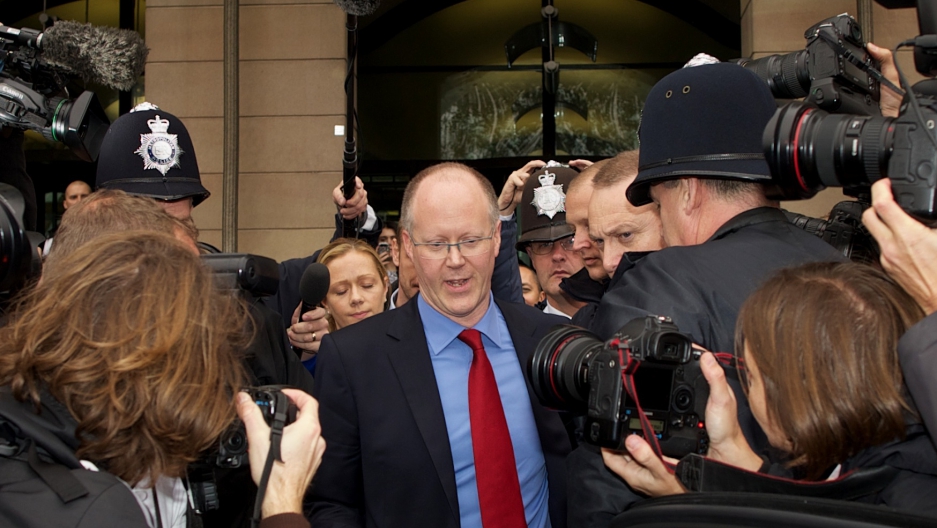 LONDON, UK — It started as a simple scandal involving a few sordid claims about a dead television presenter. Now revelations about Jimmy Savile have become a “tsunami of filth” that threatens to tear apart the BBC, destroy public careers and even stain the New York Times.

As fresh allegations of abuse, rape, pedophilia and even necrophilia against Savile emerge daily, the British public is fast becoming inured to the horrors he was allowed to perpetrate during a five-decade sex rampage at the BBC, as well as schools, hospitals and other institutions he visited for charity work.

Police are now believed to be following up almost 400 complaints against the presenter. Most have emerged since a rival to the BBC aired a television documentary in September — almost a year after Savile’s death — that carried interviews with alleged victims.

Although public revulsion at Savile’s acts may have reached terminal velocity, the spread of blame continues to accelerate. Questions are being asked about how Savile got away with it for so long, who helped him and, crucially, whether anyone at the BBC is guilty of a cover-up.

A frenzy of finger pointing has targeted BBC figures past and present but has also extended to health officials, police and — following claims in some quarters that aspects of Savile’s sexual preferences were more acceptable in bygone decades — British society as a whole.

Now some believe the campaign threatens to become a witch hunt, amid suggestions some British media are deliberately whipping up opinion against the BBC as payback for the scrutiny they faced during the recent phone-hacking scandal.

Three inquiries have emerged from the Savile affair. The director of public prosecutions will examine why police failed to act on earlier reports against Savile and look into sex-abuse claims against others linked to him. The BBC has launched two more probes.

The broadcaster is under pressure to examine suggestions that senior staff knew Savile was exploiting his celebrity to prey on young people taking part in his television shows. There are also questions about a possible pedophile ring within the BBC.

The broadcaster has also been called on to explain a decision last December to shelve an investigation into Savile by journalists for Newsnight, a BBC current-affairs show. The report would have coincided with another program honoring Savile.

A panel of lawmakers this week grilled the BBC’s new director general. George Entwistle has issued an apology to Savile’s victims, but has drawn criticism for appearing to hang Newsnight editor Peter Rippon out to dry.

Asked whether BBC bosses had leaned on the program to drop the Savile report, Entwistle said: “I have no evidence whatsoever that any kind of managerial pressure was applied. The decision was made by Peter Rippon."

However, his insistence he was unaware of the Newsnight investigation at the time drew dismay. Panel chairman John Whittingdale said the director general had displayed an “extraordinary lack of curiosity.”

Similar concerns prompted Culture Minister Maria Miller to write to the BBC Trust, the broadcaster’s governing body, this week to express her concerns about upholding the expectations of ordinary householders who fund the television service through a mandatory license fee.

“In all our conversations we have talked about the paramount importance of full public trust in the BBC's inquiries and agreed that it is essential that license fee payers can be assured that they are being conducted thoroughly and with the full cooperation of the BBC,” she wrote.

BBC Trust Chairman Chris Patten later defended Entwistle, saying he had coped well with the scandal despite his relative inexperience. “It was a very, very difficult baptism of fire for a new director general,” he told the BBC, “this great tsunami of filth broke over him 11 days into the job.”

“Our main concern has to be for the victims of abuse and worse who have been marooned for years, trying to tell their stories and not being believed,” he added, “including, it seems, by the BBC, and to deal with the terrible damage to the BBC.”

Entwistle’s decision to pin the Newsnight blame on Rippon, who has already stepped aside over the controversy, appears to have sparked an internecine squabble at the BBC. The Daily Telegraph newspaper characterized it as a “war.”

The backlash came from Victoria Derbyshire, a well-known BBC radio presenter, who this week tweeted: “If BBC journos/Eds make a poor editorial call, (& most of us hve at some point), will they be treated by mgemnt like Peter Rippon has been?”

Attention has also fallen on Entwistle’s predecessor, Mark Thompson, who was in charge at the time of the Newsnight report. He’s denied quashing it, but has offered conflicting accounts about what he knew of its contents.

Thompson is due to take over as chief executive officer at The New York Times in November, but the Savile affair has raised concerns from Times staff. The paper’s public editor, Margaret Sullivan, even questioned whether Thompson still has a future at the paper.

“How likely is it that the Times Company will continue with its plan to bring Mr. Thompson on as chief executive?” she asked. “His integrity and decision-making are bound to affect The Times and its journalism — profoundly. It’s worth considering now whether he is the right person for the job, given this turn of events.”

More from GlobalPost: Up in Smoke: Europe’s tumultuous tobacco fight

The relentless focus on the BBC has prompted an outcry from those who feel that the broadcaster, its editors and executives are being unjustly pursued while the plight of those who suffered from Savile’s attacks is being sidelined.

“It seems some people are still fundamentally missing the point,” newspaper columnist Suzanne Moore said. “This is a story about an environment of abuse, how it flourished in plain sight, how supposedly ‘good guys’ did nothing to stop it, and how girls are never really to be trusted. Or never actually a priority.”

Mark Damazar, a former BBC news director who is now the master of St. Peter’s College at Oxford University, said the broadcaster is guilty of nothing more than professional miscalculation.

“The BBC lives by noble ideals, of course often imperfectly executed, and is trying to get to the bottom of it,” he said. “I know that many license-payers will feel let down. But the BBC has recovered before from editorial dramas — and we ought not to enjoy its misfortunes.”