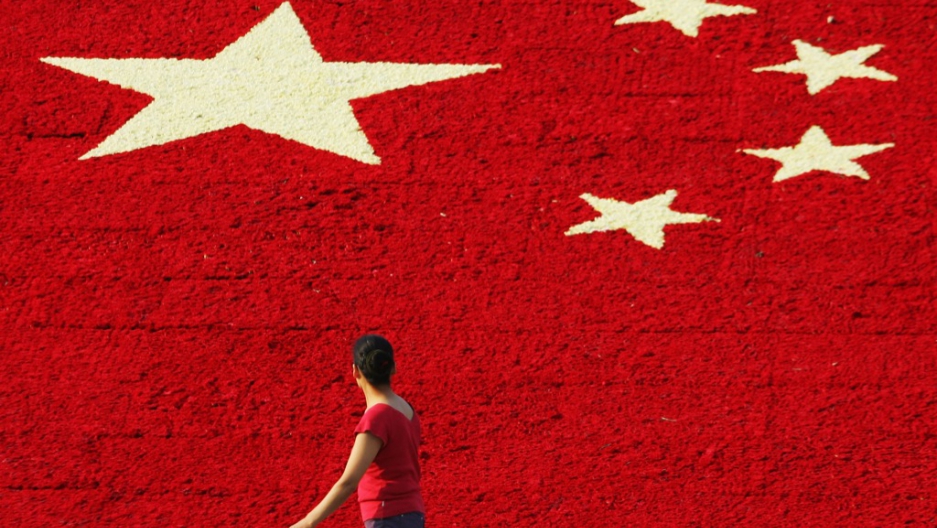 A woman passes by the national flag made up of 100,000 carnations at Wuling Square September 25, 2007 in Hangzhou, China.
Credit: Feng Li
Share

If the two US presidential candidates are to be believed, the next four years will bring heightened US-China trade tensions.

Republican candidate Mitt Romney’s repeated promise to designate China a currency manipulator the moment he steps into the oval office has become his siren call for stronger measures against China’s alleged unfair trade. In the final presidential debate, Romney accused China of stealing America’s intellectual property, hacking into its computers, and counterfeiting US products only to brazenly sell them back to unwitting US consumers. This led to the claim that China was engaged in a “silent trade war” against the US.

President Obama boasted that his administration had already initiated more trade cases against China than the previous Bush Administration during its two terms in office, and says we should expect more as he seeks to protect US jobs. He triumphantly pointed to the WTO decision favoring the US over China on an issue involving tires as a showcase of his get-tough policy.

To their credit, both candidates tempered their remarks by referring to China as a potential partner if only it was willing to be more responsible and follow the rules.

But if history is any guide, the next US president will likely have a rough time making his political campaign rhetoric see the light of day. Faced with the straight jacket of WTO rules, the threat of counter sanctions, and structural imbalances in the US economy, any American president’s desire to act too tough can quickly vanish into wishful thinking.

Most Americans have come to dismiss such blustering as nothing more than part of a long political tradition where the challenger for the White House attacks the incumbent president for being soft on China and promises to set things right.

Once in office, however, campaign rhetoric can prove self-defeating. If the president acts out his threats, US-China relations can quickly slide down a slippery slope. It can take the better part of the new president’s term to get things back on track.

Recall President Clinton’s reference to China’s leaders as the “butchers from Beijing” and his promises to get tough on trade and human rights, only to have him support China’s entry into the WTO. US-China watchers say his tough line set relations back two or three years. Obama made similar promises about “going to the mat” on trade with China.

Both presidential candidates have clear political reasons for going down this road, of course, but to do so risks repeating history. US voters want to protect jobs, which makes China-bashing politically appealing. Regardless of who wins, however, the next administration is likely to deviate little from the present and historical course of more or less stable and incrementally improving US-China relations.

This is because no single issue in the relationship, be it currency manipulation or individual trade barriers, is larger than the relationship itself. US-China relations are simply too broad and intertwined, and the US president simply cannot risk alienating China on the big issues - North Korea, Iran, and the global economy.

What we are left with is a US policy that is constantly balancing being tough in private, while keeping China on board for issues important to the American people and the international community. The next administration is likely to pick its fights carefully, using a mixture of quiet diplomacy, US trade laws and WTO remedies. The good news is that China understands this all too well. This is why we should take the candidates’ campaign rhetoric for what it is.

Martin Murphy recently retired after 24 years with the US State Department, having served in Hong Kong, Kabul, Tokyo, Paris, Seoul, and Washington.