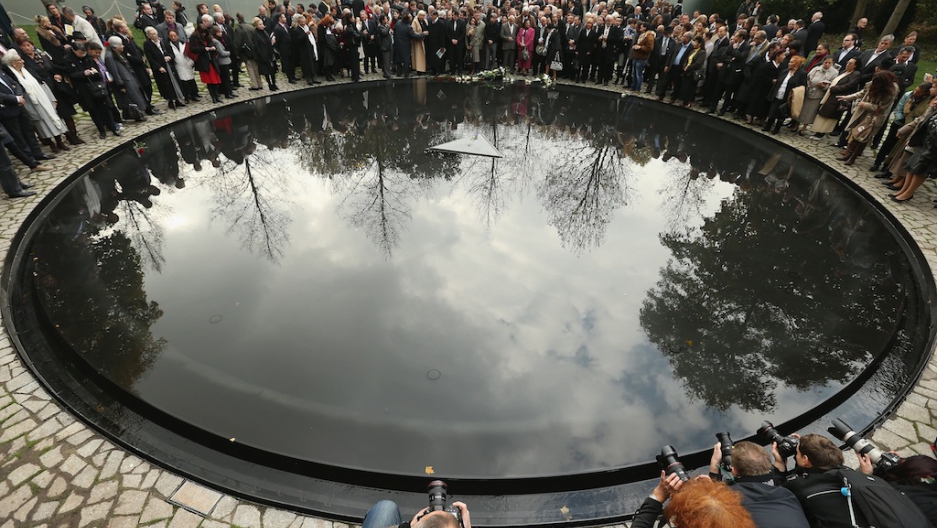 Angela Merkel inaugurates a memorial for the Roma victims of the Nazi Holocaust on October 24, 2012 in Berlin, Germany.
Credit: Sean Gallup
Share

German Chancellor Angela Merkel has opened a memorial in Berlin for the Roma victims of the Nazi Holocaust.

The memorial, designed by Irsraeli artist Dani Karavan, is in Berlin's Tiergarten Park, near the Reichstag, Germany's parliament building. German Preisdent Joachim Gauck and about 100 elderly survivors of the Holocaust joined Merkel at the opening ceremony.

“This memorial acknowledges a group of victims who have gone unacknowledged for far too long,” Merkel said at the opening ceremony, Bloomberg Businessweek reported. “We cannot reverse what happened. But we can bring remembrance of it into the very center of our society.”

The leader of the Central Council of Sinti and Roma in Germany, Romani Rose, was also at the ceremony, the Associated Press reported.

"Opening the memorial sends an important message to society that anti-Roma sentiment is as unacceptable as anti-Semitism," Rose said to AFP.

According to Businessweek, the Roma people are still discriminated against in European countries, human rights groups say.