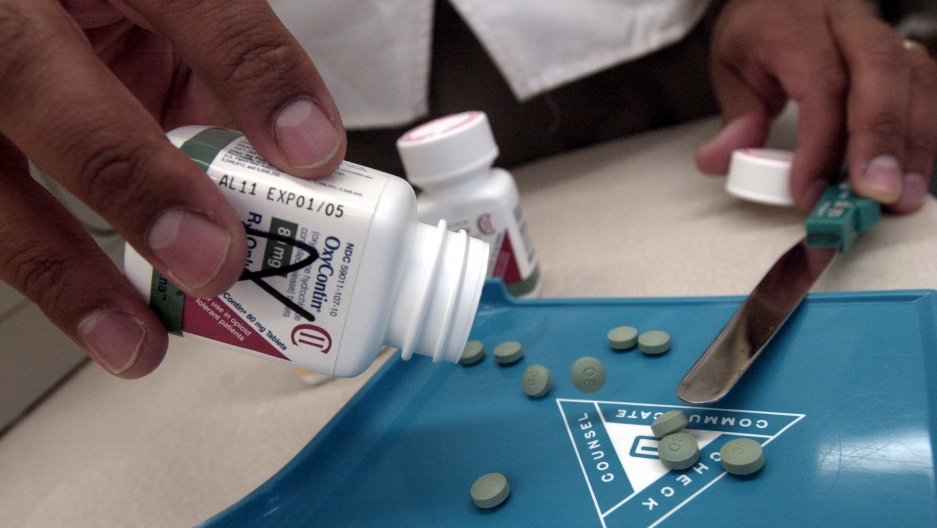 The number of drug and alcohol problems diagnosed by doctors in the US has increased 70 percent between 2001 and 2009, according to new research.

Researchers from Brigham and Women's Hospital in Boston blamed a rise in the abuse of painkillers.

"We know that increases in prescription drug use are a big part of what's going on nationally. I also think — in our study — the availability of effective treatment is a big part of it as well and likely drawing people into care."

Treatment with pharmacotherapy rose at a similar rate, according to MedPage Today, driven by the use of buprenorphine (Subutex, Suboxone) to treat opioid addiction.

On the positive side, the overall use of pharmacotherapy accounted for only 15 percent of doctor visits, the researchers reportedly wrote.

Psychotherapy was used in 59 percent of all visits.

The findings of the study were published in a research letter in the Archives of Internal Medicine.

The Centers for Disease Control and Prevention, meantime, estimated that 14,800 Americans died of an opioid overdose in 2008 — three times the number of overdose deaths 20 years earlier.

A separate study, reported by American News Report, found that the western, southeast and Appalachian regions of the US led the nation in the prescribing of opioid painkillers.

The author of that study, published in The Journal of Pain, pinpointed marketing tactics by Purdue Pharma, the maker of OxyContin, as influencing the result.

"To market its extended release oxycodone, the pharmaceutical manufacturer mined prescription data to identify physicians who prescribed opioids with greater than average frequency (especially primary care physicians) and focused its sales efforts on them and the regions where they lived."

Reuters cited Psychiatry researcher Amy Bohnert from the University of Michigan Medical School as saying she was not surprised with the increase in opioid-related visits and calling it "a substantial problem in terms of this being a growing trend."