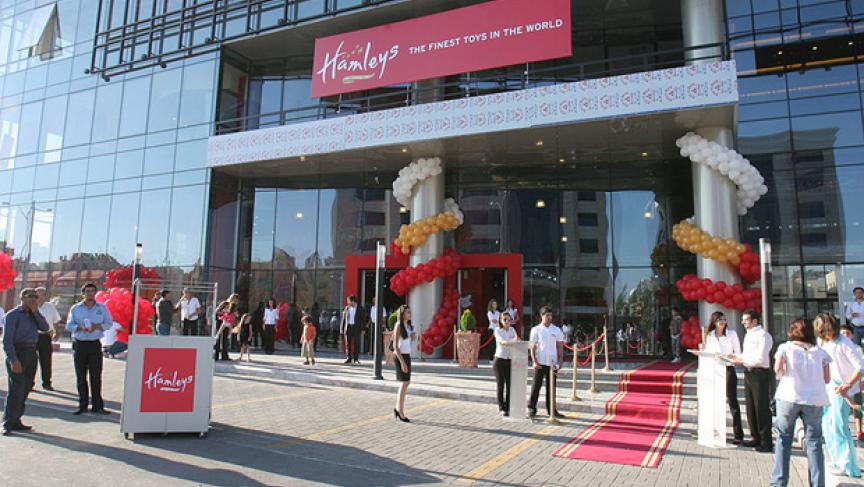 Share
By Tara Todras-Whitehill Last year's uprisings in the Middle East launched the region into a period of turmoil that's continuing to boil. In the midst of dictators falling, economic uncertainty and fiery protests, an unlikely group is thriving — women entrepreneurs are pushing ahead as crises loom around them. As pieces of silk fly around the room, First Bazaar, an online shopping site for women, makes a fashion shoot for one of their designers, Abbayya Modern. Jordanian sisters Hanan and Linda Hallaq launched First Bazaar last March. Some might think that would be an extremely bad time for a company launch, just as the region exploded in revolutions, but Hanan says surprisingly the Arab Spring has been good for business. She says "actually it was a solution, because a lot of people are afraid to go out from their homes in certain times, for example in the weekends when they have problems or something. This is a solution for the woman and everybody." The wave of revolutions that swept the Middle East has brought with it uncertainty — even fear — of what might happen on the streets. So people are increasingly shopping online. And women entrepreneurs are taking advantage of this — venture capital firms are noticing the trend too. Usama Fayyad, who runs Oasis 500, a startup incubator in Jordan, notes that women are proving to be twice as successful as their male peers in attracting his company's investment Oasis 500 decides which start-ups to support after putting them through business boot-camp. And Fayyad says surprisingly a lot of the success stories these days are women. "If you look at the statistics, around 20-22% of the attendees of the boot camp are women. But here's what's interesting is, of those, compared to their peers, around 38-40% of our investments are in companies that are led by women." Fayyad thinks that because the so-called "glass ceiling" for women is so much lower in the Middle East, women are looking for ways to be their own boss. And so they're turning to the Internet. Abeer Qumsieh, founder of a consulting firm, Better Business Jordan, believes that the Arab Spring has given women a voice and the confidence to succeed in business, "because women now can see that they can make a difference," she said. "You know, when they see from Facebook, Twitter and all the social media aids they can believe literally that they have a say and that their opinion counts and that's why that they are more involved, more interested in this sector." Women entrepreneurs have become such a hot topic in the Middle East that a conference was held in Jordan recently to bolster the new leadership roles of women regionally. But as much as an event like that tries to encourage women to start businesses, the reality is they still need the moral support of their families to succeed. Fida Taher started Zeytouneh.com, an on-line video cooking site a year ago. She says her mother was incredibly important to her success, "I'm lucky, my parents were very supportive, yes. I think of my mother as an entrepreneur. She's always been a working mom, and that she was an inspiration for me and I'd like to set an example for my daughter." Taher will never forget the lessons that Egypt's uprising taught her. On the first anniversary of the revolution she flew to Cairo, hoping to find that spark of inspiration. She says she watched mothers and daughters demanding their rights alongside men — a scene she never thought she'd see. "The enthusiasm and courage and the optimism is contagious. It was life changing for me because I've learned how to speak louder, how to express myself more and fight for what I believe in because if the Egyptians did it then we women can do it as well." But there are still many that view women in traditional roles, even though this debate went by the the wayside decades ago in places like the US. As if to highlight the difficulties for women, Muhammed Salah, an Islamic television presenter expresses a sentiment that is now seen as taboo in the States — he says it's fine for women to join the workforce, as long as it doesn't interfere with their jobs as wives and mothers. "Somebody has to stay at home to take care of the kids, wait for them when they come back from school and study with them and so on. So if a woman doesn't have these commitments and she has free time, no problem." But opinions like his are becoming less common, and women are gaining ground in the business world. And they hope their increasing business clout will give them political influence as well.