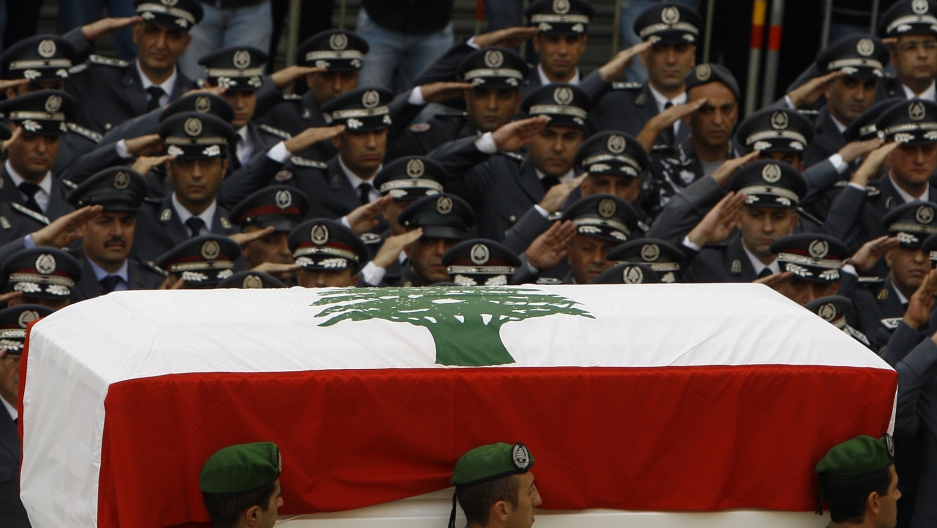 So far there's little hard evidence linking Syria to the attack, but if the regime was responsible for the bombing, it would fit a historical trend of violence against Lebanese politicians.

As GlobalPost correspondent Hugh Macleod said from Beirut, Hassan's murder follows a "clear pattern in which anybody who opposes Damascus' malign role in Lebanon, whether through its heavy handed security occupation or its overt meddling in Lebanese politics, is assassinated."

Below is a list of Lebanese politicans and journalists who were critical of Syria's involvment in Lebanon and were killed, most by car bombs.

Feb. 14 2005: The Sunni, former anti-Syrian Prime Minister Rafik al-Hariri is assassinated in Beirut. The UN said in Feb. 2012 it would try 4 suspects in absentia.

June 21, 2005: George Hawi, a Lebanese politician and former secretary general of Lebanon's Communist Party is killed by a car bomb.

Sept: 25, 2005: May Chidiac, a TV anchorwoman critical of Syria, who worked for the Lebanese Broadcasting Corporation, survives a car bomb attack. She lost an arm and a leg.

Dec. 12, 2005: Gibran Tueni, parliament  member and editor and publisher of the daily paper An Nahar, is killed by a car bomb. In 2000 he wrote and open letter to President Bashar al-Assad. Part of the letter reads:

"Many ... politicians speak more out of fear of Syria than love. However, we believe that fear can never help in uncovering the truth and in creating the kind of relationship we want. You must realize that many Lebanese are not at ease either with Syrian policy in Lebanon and or with the presence of Syrian troops in our country. This does not mean that these people are traitors or collaborators with Israel, as some have said. It means only that these Lebanese have a natural aspirations for sovereignty and independence. It also denotes their resentment and rejection of the way Syria deals with Lebanon."

Nov. 21, 2006: Pierre Gemayel, a Lebanese industry minister, Christian politician and critic of Syria's military presence in Lebanon, is shot dead by multiple gunmen in Beirut. Gemayal was killed by the self-titled "Fighters for the Unity and Liberty of Greater Syria," who said they killed Gemayel because he was "one of those who unceasingly spouted their venom against Syria and against [Hizbullah], shamelessly and without any trepidation."

June 13, 2007: Walid Eido, member of parliament and the March 14 alliance, a group with an anti-Syrian regime position, is killed along with his son, Khaled, in an explosion in Beirut.

Sept. 19, 2007: Antoine Ghanem, Lebanese politician and member of the March 14 Coalition, is killed in an explosion near Beirut.

Jan. 25, 2008: Wissam Eid, a police intelligence officer in charge of investigating Rafik Hariri assassination, is killed by a car bomb.