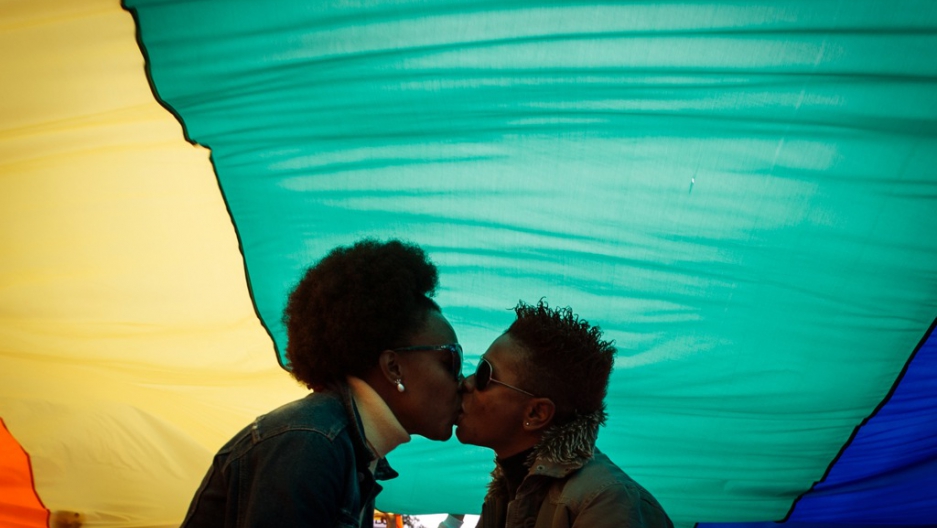 A couple kiss under the rainbow flag during the 10th lesbian and bisexual parade to protest against injustice and to promote the fight for their rights, on June 9, 2012, in Sao Paulo, Brazil, on the eve of the LGBT pride parade.
Credit: Yasuyoshi Chiba
Share

In a special report released yesterday, Gallup revealed that 3.4 percent of 121,290 interviewees responded "yes" to the question, "Do you, personally, identify as lesbian, gay, bisexual, or transgender?"

The question was included in Gallup's daily tracking interviews with US adults, specifically those from June 1 to Sept. 30 of this year.

"This is the largest single study of the distribution of the lesbian, gay, bisexual, and transgender (LGBT) population in the US. on record," Gallup's Gary Gates and Frank Newport explained in the release.

Additionally, 4.4 percent of respondents said they did not know, or refused to respond to the question.

However, other data, such as that indicating that of LGBT-identifying adults 35 percent have less than $24,000 of income per year, as compared to 24 percent of all Americans, was not surprising to experts. Similarly unsurprising to demographers was that younger respondents were far more likely to identify as LGBT: 6.4 percent of 18- to 29-year-olds picked "yes."