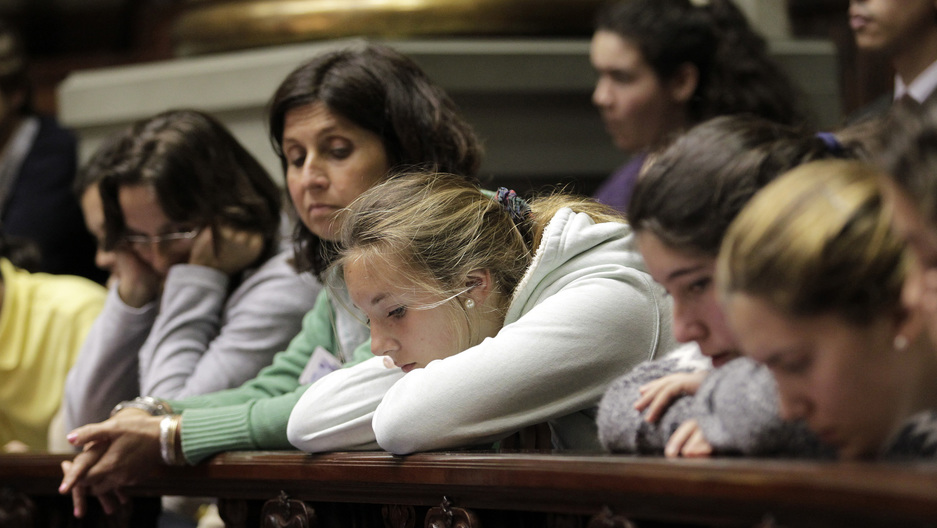 Share
Roman Catholic Uruguay has voted to legalize all first trimester abortions. The BBC's Vladimir Hernandez tells host Marco Werman about the restrictions on the new measure. Uruguay's decision to legalize first trimester abortions is shaking up the predominantly Roman Catholic country. After decades of debate and a hotly contested vote in Uruguay's Senate this week, the measure is expected to become law in early November. The BBC's Vladimir Hernandez says it will still not be easy for a woman in Uruguay to get an abortion. A compromise struck in the country's legislature requires women seeking the procedure to appear before a panel, including a mental health professional and a social worker, and to wait through a five-day period of reflection. The panel will speak with the woman about abortion-related health risks and alternatives including adoption. Uruguay's President José Mujica told Hernandez that he supports the complex process. Hernandez says Mujica "thought that the support given to the women was crucial for abortions not to keep on being some sort of a back alley procedure, in some sort of shady circumstances, where many women could face even death because of this." The decision in Uruguay will likely push the abortion discussion forward throughout Latin America. "This is a debate which goes on with the same intensity, from Mexico to Argentina," Hernandez adds.