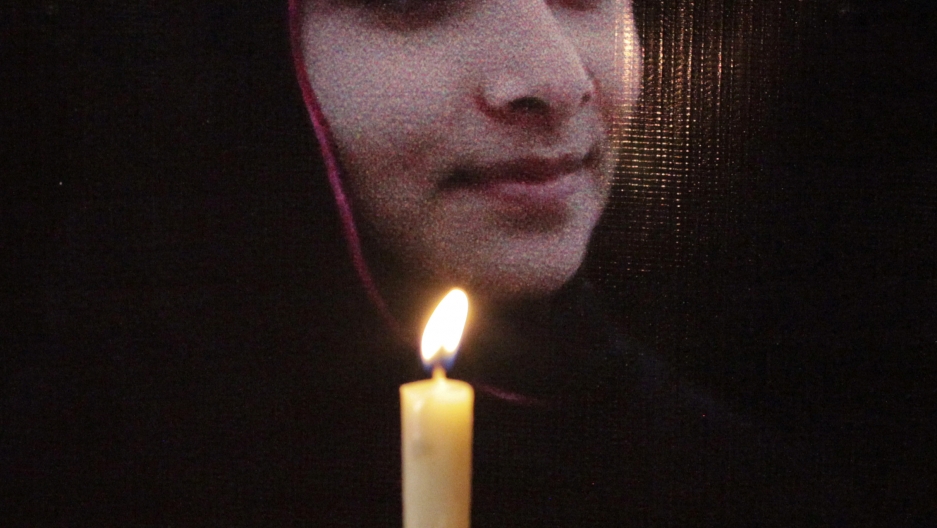 A man holds a candle next a picture of Malala Yousufzai, who was shot on Tuesday by the Taliban for speaking out against the militants and promoting education for girls, at a school in Lahore October 12, 2012. One of the Taliban's most feared commanders, Maulana Fazlullah, carefully briefed two killers from his special hit squad on their next target -- 14-year-old Pakistani schoolgirl Yousufzai, who had angered the Taliban by speaking out for "Western"-style girls' education. Shot in the head and the neck, Yousufzai still lies unconscious in hospital. REUTERS/Mohsin Raza (PAKISTAN - Tags: POLITICS CIVIL UNREST EDUCATION CRIME LAW)

Share
The day after 14-year-old Pakistani activist Malala Yousafzai was shot in the head by the Taliban for speaking out for women's education, Zaki Syed, a 24-year-old Pakistani-American rapper from Sacramento, California, started getting a lot of phone calls asking him to write a rap about it.