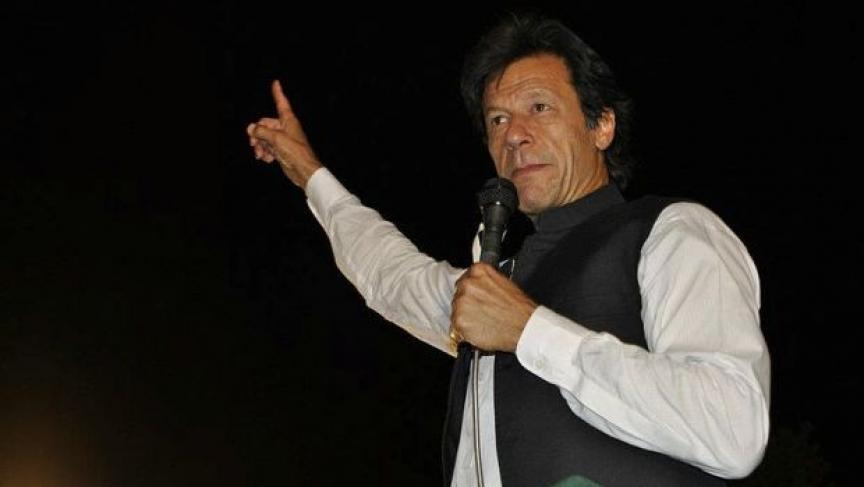 Share
Imran Khan was one of the greatest cricketers of the 20th century. Then in 1996 he went into politics in his native Pakistan. Since then Khan struggled to build up a base. Finally last year he started to gain some real traction, with his outspoken condemnation of the United States' war in neighboring Afghanistan, and U.S. drone strikes in Pakistan's tribal areas. Khan hopes to win power in elections due in the next 6 months, and most observers had expected him to at least gain a substantial block of seats in parliament. Then came the Taliban's shooting of 14 year old activist, Malala Yousufzai, last Tuesday. That crime has sparked a wave of criticism across Pakistan, and disgust with the Taliban. Imran Khan went to her bedside in a Peshawar hospital the next day. But at a press conference afterward, the former cricket superstar said something extraordinary. Khan condemned her attempted murder, but he refused to pin the blame on the Taliban, even though the Pakistani Taliban have claimed responsibility. And he said the people who are fighting in Afghanistan against foreign occupation are fighting a jihad. In other words, the Taliban are fighting a holy war justified by Islamic law. The Afghan Taliban is separate from the Pakistani Taliban, but they are allied. "One of his nicknames is 'Taliban Khan'," says Jon Boone, Pakistan correspondent for the British paper, The Guardian. "People say he's too soft on the Taliban," Boone says, "too willing to make excuses for them." "We're waiting to see whether this public reaction to the attempted killing of Malala Yousufzai is a flash in the pan," says Boone. "If it sticks," he adds, then this openness to the Taliban "just won't wash."