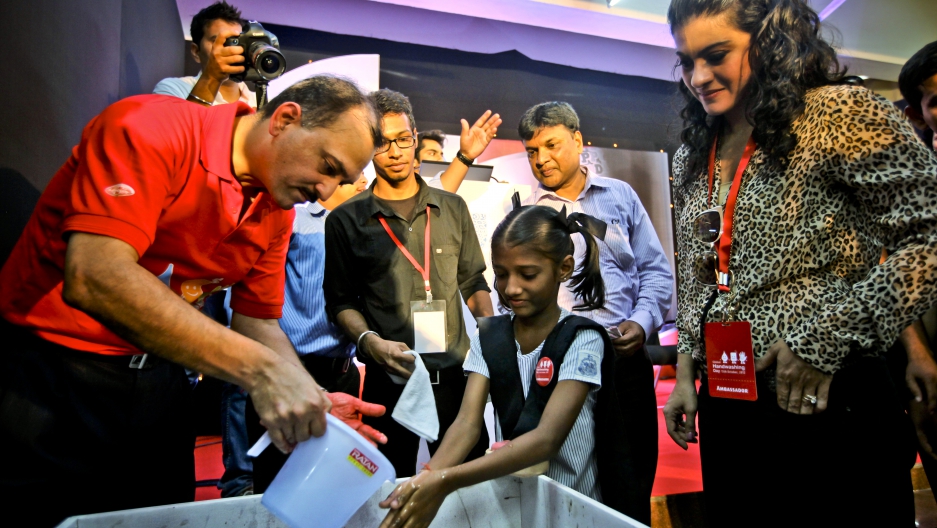 Over the past five years, an estimated 1.1 million children's lives have been saved with a little help from soap and water.

Each year on Oct. 15, LifeBuoy Soap celebrates Global Handwashing Day by asking everyone around the world to wash their hands a little more often. In doing so, the company estimates that over the last five years the number of deaths caused by diarrhea have been cut in half.

According to the Guardian, 3,000 children under the age of five die each day from diarrhea alone, making it the second most common cause of child mortality worldwide.

LifeBuoy uses funds raised during Global Handwashing Day to teach children in rural areas how to properly wash their hands to help save their lives.

While it may seem trivial, science has proved hand washing education necessary. According to the Economic Times, a review of 11 countries showed the average rate of handwashing after using the toilet is only 17 percent. That number drops drastically in areas like Ghana, where handwashing after using the toilet is as low as 3 percent, and in rural India where it drops to only 1 percent.

Though the LifeBuoy program is aimed at helping teach children better hygiene, some adults may need the refresher as well.

According to the BBC, fecal bacteria is present on 26 percent of hands in the UK, 14 percent of bank notes and 10 percent of credit cards.

Furthermore, 11 percent of our hands are so "grossly contaminated" they are carrying as many germs as a dirty toilet bowl, according to hygiene experts from Queen Mary, University of London (QMUL) and the London School of Hygiene & Tropical Medicine.

QMUL's Dr Ron Cutler, who led the study, told the BBC, "People may claim they wash their hands regularly but the science shows otherwise."

Take the pledge to wash your hands. While you are at it, go wash them right now.