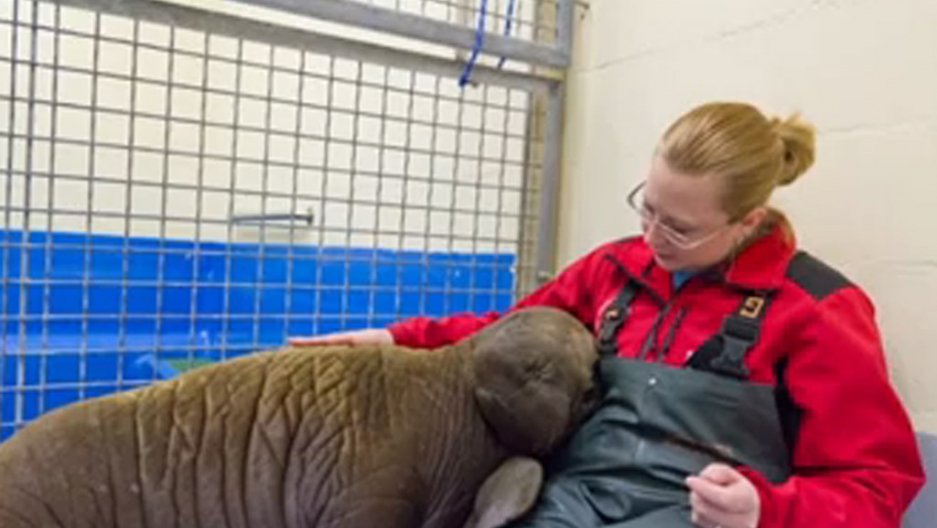 Two orphaned baby walruses have found new homes in New York and Indianapolis, in what is possibly the most adorable wildlife story of the year.

Mitik, 234 pounds, and his buddy Patak, 350 pounds, were rescued off the Alaskan coast near Barrow in July, seemingly abandoned by their herd. The were rescued by locals, and nursed back to health at the Alaska SeaLife Center in Seward, Seward City News reported.

The two calves were transported in giant crates via Fed-Ex cargo jet (the cost? $10,000 to $15,000 a walrus) to their respective zoos, which are just two of seven of US facilities to showcase walruses, according to zoo database Zoo Chat.

The New York Aquarium just off the Coney Island Boardwalk will welcome Mitik, or Mit for short, Thursday, and the Indianapolis Zoo will house Patak.

“If Mit is resting with his head on my lap, sucking my fingers, looking sweetly into my eyes, and Pak comes anywhere near us, he pops up, yells at Pak and tries to head-butt him,” she told the New York Times. “Then he’ll turn to me and be all cuddly again. We say he is small, but scrappy — the perfect New Yorker."

If your heart hasn't melted enough, check out Anchorage Daily News' slideshow of the two pups.