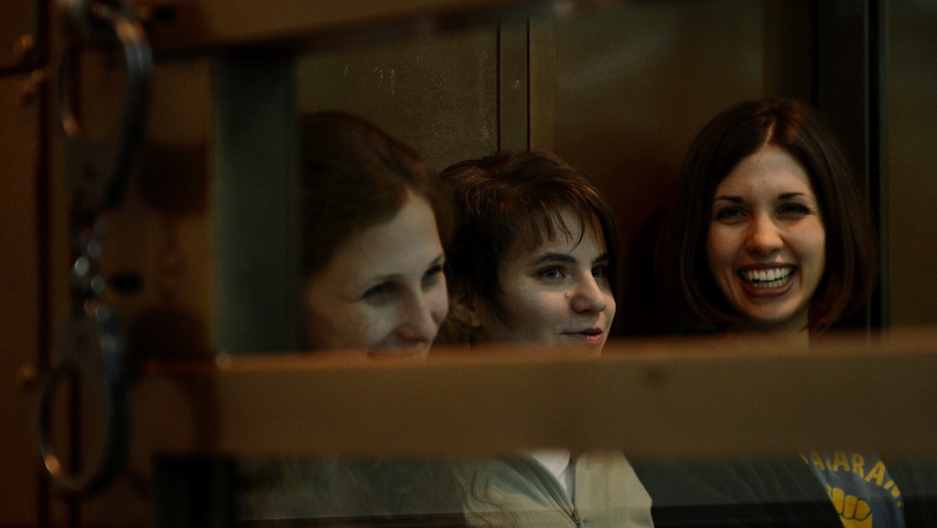 On Oct. 31, 1517, the eve of All Saint's Day, the German monk Martin Luther posted on the door of the Castle Church of Wittenberg his now famous Ninety-Five Theses.

That day instigated the Protestant Reformation, a rebellion against the ecclesiastical order of the Catholic Church. Now Wittenberg is once again the site of controversy.

"Politicians in Lutherstadt Wittenberg have recommended Pussy Riot for the national 'Fearless Word' prize in honor of Luther" worth 10,000 euros, according to Reuters. But It's a nomination some don't condone.

"It would be a disastrous signal if our town's nomination of Pussy Riot were to win the Luther Prize," local Protestant theologian and civil rights activist Friedrich Schorlemmer told the Leipziger Volkszeitung daily.

"A Luther town should not honor blasphemy," he said, referring to the band's name and lyrics.

Inside Moscow's Russian Orthodox Cathedral of Christ the Savior, Pussy Riot protested via a punk-prayer entitled, "Mother of God, Chase Putin Away!"

The three girls, Maria Alekhina, Ekaterina Samutsevich and Tolokonnikova, were then arrsted, charged and convicted of hooliganism motivated by religious hate and sentenced to 2 years in prison.

Der Speigel spoke with Volkmar Joestel, a Luther historian, who said "the band had protested against a fusion of religion, church and state power that ran counter to the principles of the Enlightenment."

"That alone deserves all honors," he said.