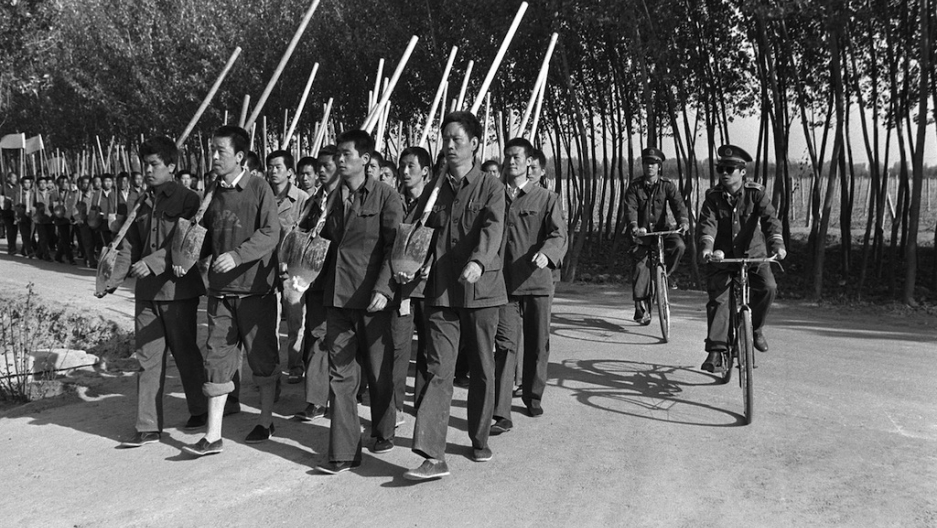 A picture dated June 12, 1986 shows the 'Re-education through Labor Camp of Tuanhe, near Beijing. The government announced that the work camps are in need of reform and will likely see it soon, in an odd turn that has many rights workers stunned.
Share

China surprised most of the world last night when the head of a government committee on judicial reform announced that the notoriously inhumane labor camp system could be completely overhauled in a turn toward reform.

Jiang Wei, the head of the committee, said the Chinese government has "found widespread agreement among legal scholars and lawmakers on the need to reform the labor camp detention system, and an overhaul is being devised based on that consensus," reported the Associated Press.

The United Nations Special Rapporteur on torture in 2008 declared that the Chinese Re-Education through Labor Camp (RELC) system is "a form of inhuman or degrading treatment, if not mental torture," and the UN Committee Against Torture, along with Human Rights Watch, has continuously asked China to put an end to it.

There are over 190,000 inmates in the system of over 320 RELCs, the UN Human Rights Council reported in 2009. There are few more current reports, but the estimated number of inmates is anywhere between 150,000 to 2 million, depending on who you ask.

More from GlobalPost: US slams Beijing over "deteriorating" human rights conditions in China

In the 1950s, the labor camps were used to punish counterrevolutionaries as the Communist Party took power. Now, they're used as a go-to means of punishment or rehabilitation for followers of outlawed religion Falun Gong, drug addicts, and sex workers among others. The RELCs have also been charged with abuse and imprisonment of HIV positive individuals, according to a Human Rights Watch report that found infected people have been denied medical care in the camps.

Falun Gong practitioner Bu Dongwei spent two years in a Chinese Re-education through Labor camp, and wrote about his experiences in a blog post for Amnesty International after the rights organization successfully campaigned for his release. Bu described instances of torture, force feeding, brainwashing and forced labor, saying detainees were not even free to go to the bathroom.

Shockingly, it turns out the impact of the labor camps can be felt in the United States via last night's takeout. The tasks Bu and others were forced to complete included packing the chopsticks Americans are likely to get with their $7.99 lunch special.

Public criticism of the camps may be influencing the government's recent announcement and has been more frequent and more harsh, especially since a woman was sentenced to a camp for protesting the police force's treatment of her daughter's rape, as we reported here in August.

At a news conference yesterday, Jiang said that the system "plays an important role in maintaining social order," but, added that Chinese society had "reached a consensus on the need to reform the re-education through labour system," according to the Telegraph.

It seems China won't totally get rid of the RELCs, but they will likely see reforms in the near future.