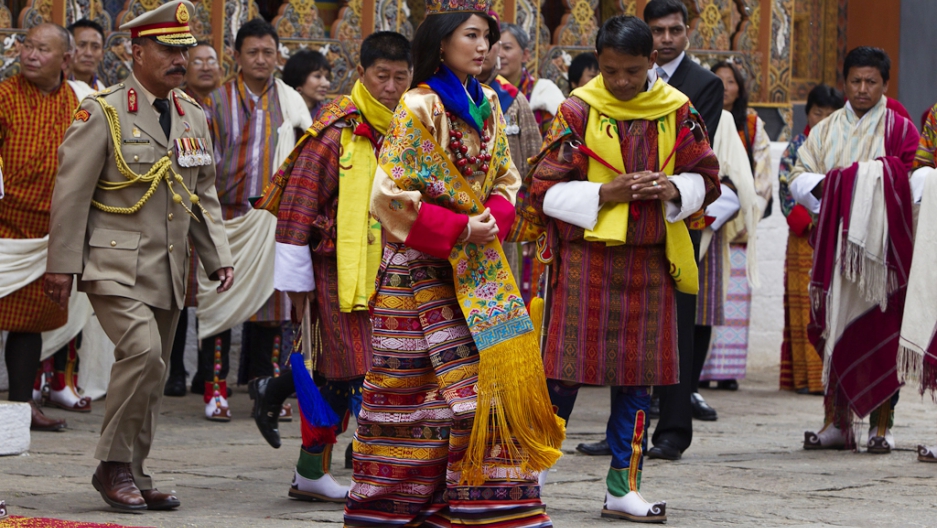 There's yet more progressive news from Bhutan, the remote Himalayan nation that brought you the Gross National Happiness Index: the entire country is going 100 percent organic.

AFP reports that Bhutan, a nation of only 700,000, has decided to prioritize green agriculture over more modern, chemically-enhanced techniques.

"Bhutan has decided to go for a green economy in light of the tremendous pressure we are exerting on the planet," said Agriculture Minister Pema Gyamtsho to AFP.

"If you go for very intensive agriculture it would imply the use of so many chemicals, which is not in keeping with our belief in Buddhism, which calls for us to live in harmony with nature," Gyamtsho added.

Agriculture is the biggest sector of the Bhutanese economy, according to the WFP, and the majority of farmers grow rice and maize, the two primary foods.

Of course, it's worth pointing out that this isn't going to be particularly difficult for Bhutan, a nation that has staunchly resisted modernizing.

Gyamtsho told AFP that most farmers live in remote area and couldn't buy chemicals for their crops even if they wanted to, and most use rotting leaves or other natural substances to fertilize the ground.

All this could be good news for specialty Bhutanese farmers, who already export pricey all-natural products around the world, including beautifully hued red rice, forest mushrooms, lemon grass oil, and high-end fruits.

Further, Bhutanese organic farmers won't have to worry about neighboring growers tainting their crops with chemicals or genetically modified genes, like other organic farmers do: the whole nation will be in compliance.

In a mountainous and rugged land not even vaguely conducive to industrial farming, this might just be a clever economic strategy.

Television was banned in 1999, and tourists are only allowed inside the country if they take a packaged tour that costs over $200 a day—a remarkably effective way to keep out the vision-questing hippies and backpackers that have plagued Nepal and Northern India since the 1970s.

Will Bhutan become a hot destination for wealthy Berkeley-ites and Portlanders? Will organic chefs begin clamoring to come to Bhutan, rendering it the hottest, latest destination for au-naturel gourmands? Let's just say it's entirely possible.