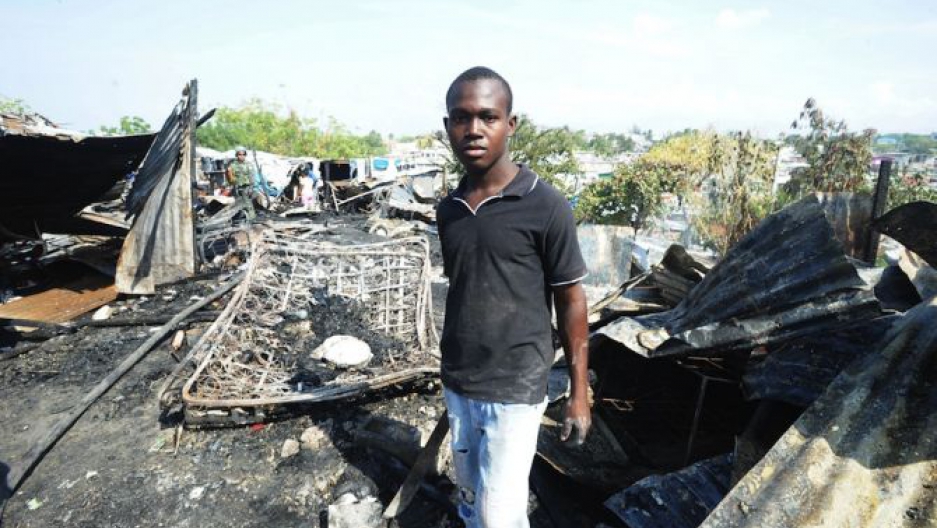 Since the earthquake leveled most of Haiti, a US government contractor has been given millions of dollars to carry out construction and aid projects in the country. But an audit shows that the company's projects are often chronically behind schedule, extremely wasteful and incorrectly documented.
Credit: THONY BELIZAIRE
Share

NEW YORK — Two years ago, auditors revealed the Washington, DC, consulting firm Chemonics International and a partner company were employing only one-third as many Haitians as their contract required to clear rubble left by the January 2010 earthquake from city streets as part of the US government-funded “Cash for Work” program.

Chemonics even directed some of those workers to remove rubble from private lots adjacent to its Port-au-Prince headquarters instead.

Undeterred by the mishaps, just three months later the US awarded Chemonics $53 million to implement 141 new Haiti projects. Now, an internal audit reveals some of these projects are lagging behind schedule and others have failed entirely because the company didn't engage local communities in the work.

The United States Agency for International Development (USAID), which is in charge of allocating US aid in Haiti and around the world, responded to an audit last week of its Haiti contracts with Chemonics, the largest recipient of US aid contracts in the island nation and around the world. The audit, which concluded in February, examined 22 of the 141 projects, totaling $6.8 million. Among its findings:

In March, GlobalPost witnessed Haitian subcontractors installing electrical wires in that building — four months after USAID officially “inaugurated” the structure, announcing it complete. A GlobalPost investigation found the building remained unused by Haiti's parliament months after the inauguration because USAID only asked Chemonics to construct the frame of the building — leaving the offices void of furniture and the chambers hall empty and unusable. Haiti’s government later drew at least $775,000 from the public treasury to finish the job.

Last week's audit is likely to fuel scrutiny of USAID deals with companies like Chemonics, both in the United States and in the countries where those deals take place.

More from GlobalPost: Haitian farmers to US: Stop subsidies

It isn't the first time USAID has reacted to mistakes by Chemonics by sending even more contracts its way. A 2005 audit found the company's $153 million program to improve agriculture in Afghanistan had missed an important objective that resulted in the “limited” success of the project. Nonetheless, one year later, USAID awarded Chemonics a new $102 million contract for similar work in Afghanistan. A later investigation found even that project was flawed, running so far behind schedule that Afghan farmers on 10,000 hectares of land were unable to plant their crops one summer.

Critics of USAID spending say the mistakes Chemonics made in Haiti and Afghanistan are emblematic of those that occur frequently across the development aid world as aid contracts increasingly shift away from NGOs to for-profit companies. Foreign Policy reported in July that in 2011, 27 percent of USAID funds worldwide went to American companies like Chemonics.

“These companies operate for profit. They're not your mom and pop's NGO or aid group,” said Jake Johnston, who analyses US aid to Haiti for the CEPR. “They have high overheads, they take off money off the top, they pay high salaries for their staff.”

Even Secretary of State Hillary Clinton said in 2009 that USAID has “turned into more of a contracting agency than an operational agency with the ability to deliver.”

The result is that many Haitian organizations and businesses are left hoping that some of the funding trickles down to them. They are often disappointed.

More from GlobalPost: Where did the money go?

The president of Haiti's National Chamber of Commerce and Industry, Reginald Boulos, said the audit's findings are “not surprising” to Haitian businesspeople who've witnessed billions of dollars in aid bypass Haitian companies.

“In the 90s, someone in Washington came up with the idea of subcontracting the work of USAID and local organizations to US firms,” Boulos said. The result has been a “huge flow of NGOs that rushed to Haiti after the earthquake” which “created a meltdown of the economy, with probably no growth this year and again nothing to show for the billions of dollars spent after the earthquake.”

In May, a GlobalPost investigation revealed that not a single dollar of the original $1.1 billion in humanitarian assistance the agency allocated in Haiti in fiscal year 2010 went directly to Haitian organizations or businesses. An analysis by the CEPR found that 70 percent of the $450 million awarded through reconstruction contracts has gone to Beltway companies like Chemonics, and only 1.3 percent has gone directly to Haitian companies.

But now, USAID is trying to change that.

Last month, USAID administrator Rajiv Shah announced the agency plans to send 30 percent of Haiti aid directly to local companies and organizations by 2015, as part of USAID's Forward program that intends to reach that mark worldwide. Many who work in the humanitarian world have applauded the push to “contract local.” But as Johnston points out, the 30 percent local contracting goal seems highly optimistic for a place like Haiti, where currently only 1.3 percent of aid contracts go to local companies. And a Government Accountability Office report last month found USAID doesn't currently have a mechanism to even track its progress toward that goal.

More from GlobalPost: A success story in Haiti: Teach a man to fish

“There are a lot of people at USAID who do want to change the system, but it's so ingrained in how they operate that they don't have the ability to make the switch,” Johnston said. “The for-profit development sector has really taken over this industry in the last decade.”

And they're fighting to keep it that way. Last year, Chemonics joined 50 other American development contractors to form a lobbying group to fight the sort of reforms proposed in USAID's Forward initiative. The companies argue that the status quo is preferable to giving contracts directly to smaller companies within host countries because they are harder to hold accountable and often have no experience handling large-dollar contracts.

Members of the US lobbying group, the Coalition of International Development Companies, have much at stake in that argument. Members received 60 percent of all post-earthquake USAID contracts in Haiti, according to the CEPR. The group has already spent $150,000 in the first half of 2012 lobbying Congress to reject the proposed USAID reform that would send more money the way of local organizations and businesses.

While USAID did not respond to GlobalPost's questions about Chemonics' contracts in Haiti, the agency did provide a written statement, declaring, "We take very seriously the effectiveness of our programs worldwide."

The statement added that USAID "worked closely with the OIG auditors" to examine the issues raised about Chemonics and that "since the audit was completed, USAID has funded a local firm to conduct third-party monitoring and evaluation." USAID did not explain how the local firm would resolve the issues raised in the audit.

Jean Pharés Jérôme contributed to this report from Port-au-Prince, Haiti.

Editor's Note: This story was revised to include a USAID statement provided to GlobalPost about the OIG audit of Chemonics.