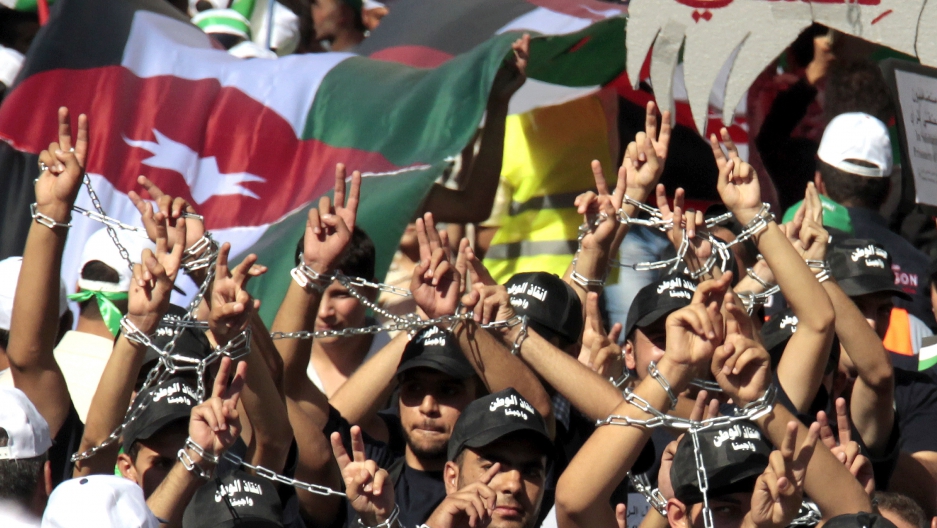 Jordanians took to the streets of Amman Friday after parliament was dissolved.
Credit: Khalil Mazraawi
Share

Thousands of Jordanians marched in the streets of the capital Amman Friday calling for reform.

The protest came at the heels of the Jordanian king, Abdullah II's decision to dissolve parliament and call for elections at the end of the year.

The king's move was likely executed after officials caught wind of the protest, said CNN.

Abdullah has tried to stem any chance of an Arab Spring-style uprising that has swept up neighboring countries by focusing his reform on parliament and prime ministers, of which he has fired four in the last two years.

Reuters reported that the protest was the largest in 22 months of now weekly protests that often occur after Friday afternoon prayers.

It was estimated that about 15,000 people took part on the main street of Amman shouting demands for reform.

The "Friday to Rescue the Nation" rally was called by the Muslim Brotherhood, Reuters said, who told members to boycott the upcoming elections.

It is believed that the protests have yet to amount to a real threat to Abdullah's power as opposition groups remain divided and few desire to see the king overthrown.

The protest on Friday ended without incident.