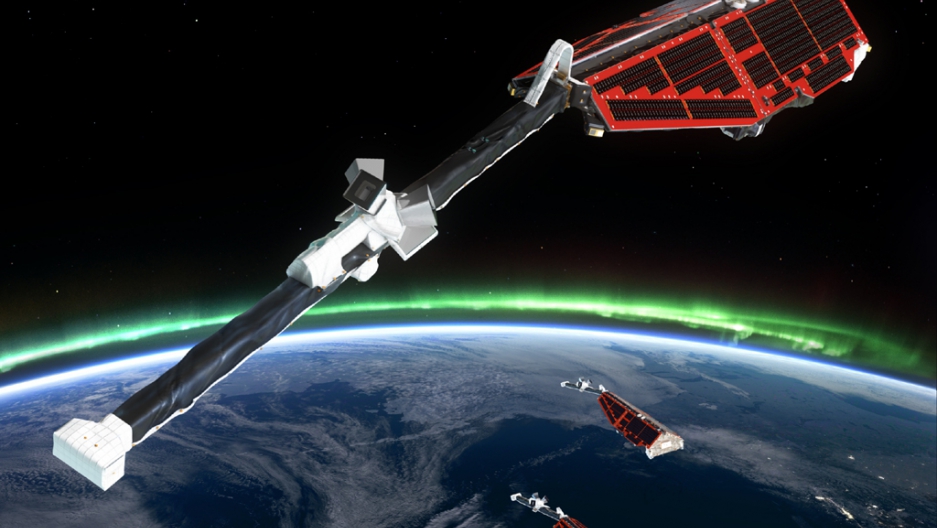 The magnetic field surrounding Earth is weakening, and scientists say it could be gone in as little as 500 years.

The result? Earth's magnetic poles could, literally, flip upside down.

Geological records show the planet's magnetic field has reversed itself before -- about 800,000 years ago -- and we're due for another. Such events typically happen every 250,000 years, Conall Mac Niocaill, an earth scientist at Oxford University, told Reuters.

"Magnetic north has migrated more than 1,500 kilometers over the past century," he said. "In the past 150 years, the strength of the magnetic field has lessened by 10 percent, which could indicate a reversal is in the cards."

Mars lost its magnetic field 3.5 billion to 4 billion years ago, likely putting an end to life on the Red Planet if there ever was any.

And while Earth's magnetic field has always tended to restore itself, the European Space Agency is taking the issue seriously. It plans to launch three satellites in November to study the magnetosphere and figure out why it's weakening so significantly, according to Reuters.

NASA recently released audio of what our planet's magnetic field sounds like. Take a listen below: