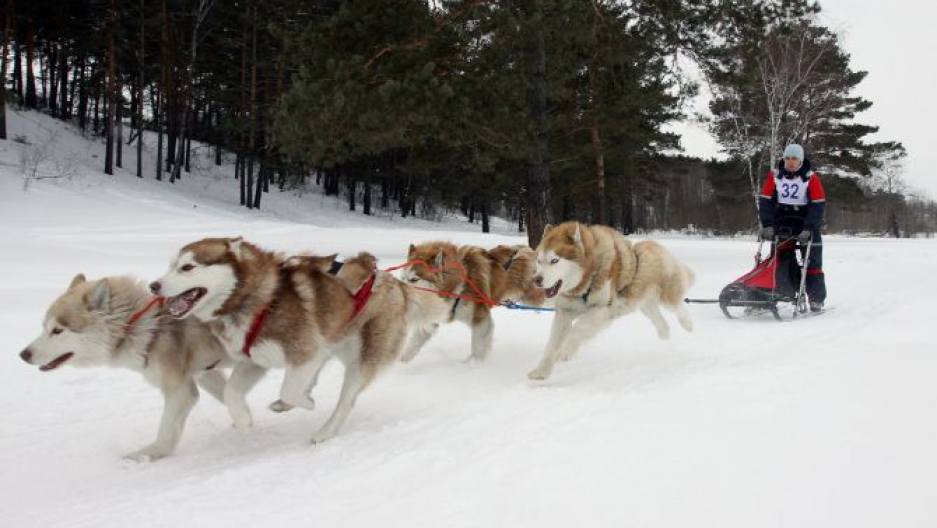 A Russian musher drives a team of Alaskan malamute sled dogs during a race outside of Kemerovo on March 19, 2011. (Yuri Yuriev/AFP/Getty Images)
Credit: Yuri Yuriev
Share

A 16-year-old squadron of eight nations in a brand new, minuscule headquarters in a remote city well north of the Arctic Circle is becoming an exemplar of how groups of countries can relate and interrelate over issues of territory, security and resources.

The Arctic Council comprised of Russia, Finland, Sweden, Norway, Iceland, Greenland, Canada and the US was established in 1996 and, to date, has been populated more by scientists and scholars than by statesmen. Now like a very good dog sled leader, the Council is breaking new trails for the Arctic and the High North.

The representative countries operate by consensus regarding the primary opportunities and pitfalls of the harsh-weathered circumpolar Arctic, its resources, and its inhabitants.

The group has completed a range of knowledgeable reports ranging from Arctic ice flows, navigation, and maritime issues to the rights of indigenous peoples. And the Council is now moving into more political issues such as territorial borders on land and sea, fishing rights and even offshore oil and gas drilling areas.

The Arctic Council is now in position to effectively keep the Arctic trains on schedule.

The organization is quickly picking up speed. Its headquarters has been established in the last year in the small Norwegian city of Tromso, above the Arctic Circle. This was anything but happenstance. It was a bow, in part, to Norway as the foremost of the Arctic countries in terms of scientific knowledge with almost no Arctic axes to grind.  And this choice also avoided any competition between the capital cities of Washington, Moscow, Ottawa, or even Oslo.

The Council can't move too fast as political and resource interests push into the high north. Just this week, US Sen. Lisa Murkowski of Alaska urged Hillary Rodham Clinton — the first secretary of state to attend an Arctic Council meeting in July 2011 — to appoint an "Ambassador of the Arctic" to reflect our growing commitment to the area.

As the world awakens to the economic and strategic importance of the Arctic, the Council is poised as a model and a steward of the rules of the game. If not exactly the high priest of the North, it is an effective and efficient senate to channel the disputes peoples and resources for the region and thus, indirectly, for the rest of the world.

Crocker Snow Jr. is director of the Edward R. Murrow Center for Public Diplomacy of the Fletcher School of Tufts University coordinating an effort between GlobalPost and Living on Earth to report on current issues of the Arctic.